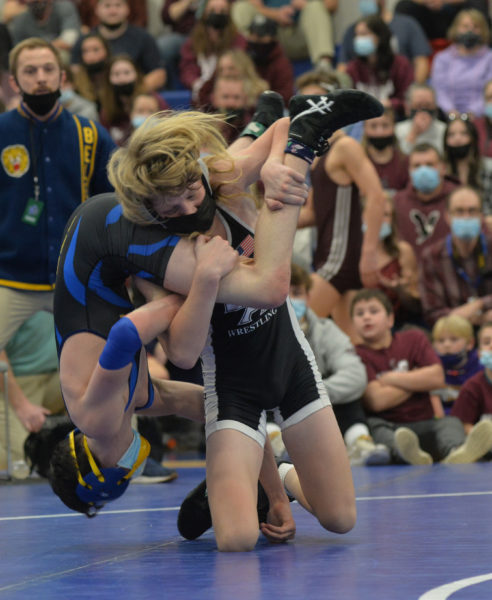 The top four wrestlers from Class A and Class B will compete on Friday, Feb. 25, for a chance to represent Maine at the New England championships.

Mattanawcook Academy won the State Class B championship with 149 points, beating out Wells with 93.

Lafrenaye (LA-145) pinned Carter Desjardens (FK) in the quarterfinals, and beat Owen MacIntosh (York) by 16-5 decision in the semi-finals to advance to the championship round.

Lafrenaye beat Alex Zeller by fall in the championship round to win the state Class B title. Lafrenaye finished the season with a 31-3 record, and a South Region and State B championship.

St. Cyr (LA 106) pinned Kael Niland (FA) in his first bout of the day. St. Cyr then defeated Hagan Chase (Bel) in triple overtime to advance to the championship round.

Neither wrestler scored in the first overtime, St. Cyr held Chase down in the second overtime, and St. Cyr escaped in the third overtime to win 6-5. St. Cyr lost to Wynn Pooler (EA) by 5-1 decision in the championship round to place second. 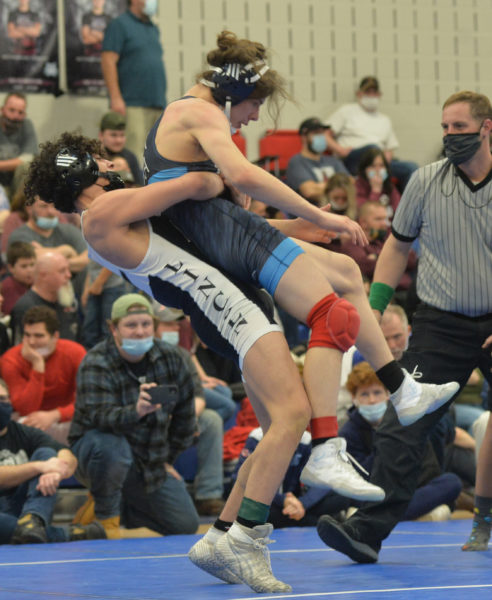 St. Cyr finished the season with a 26-4 record, and was runner-up at Kennebec Valley Athletic Conference South B, and State B. His only losses were to Pooler.

Senior Corbin Drake (LA-195) was pinned by Alex Munson (Matt) by fall in the quarterfinals. Drake dropped down to the consolation round, where he pinned Kloee Moore (OT), and pinned Joe Bowen (Buc) to advance the consolation metal round. Drake met up with Munson again, and was pinned, to take fourth place. Drake finished the year at 9-5.