Medomak Valley girls soccer team defeated Lake Region 2-1 in a South Class B preliminary game on Oct. 23 in Waldoboro. After 62 minutes of scoreless play, Medomak scored with 17:43 to play on a goal set up by Autumn Ripley on the left wing. Ripley beat a couple of defenders and passed to Sarah Nelson in the middle of the box. Nelson gave a little back pass to Annie Vannoy who finished it off for a 1-0 Medomak lead. Lake Region came back and tied the game with 10:08 left on a direct kick from Shelby Sheldrick. Medomak freshman Kytana Williamson scored the game winner with nine seconds remaining on a through pass from Vannoy. 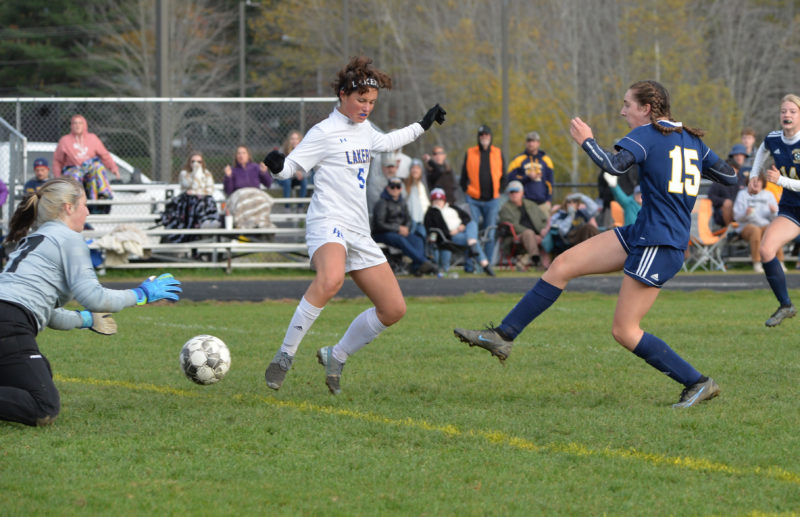 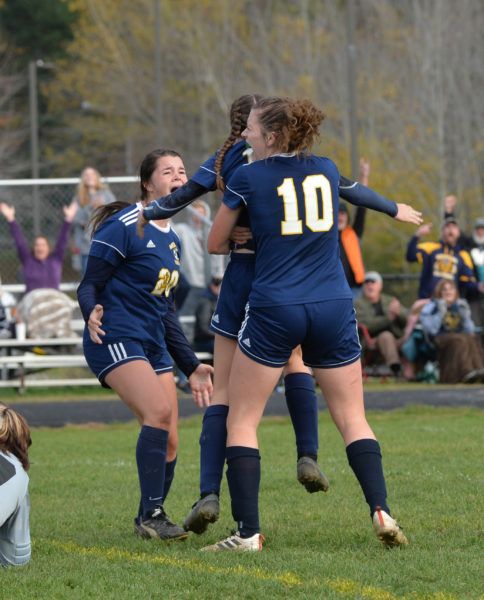 Annie Vannoy gives Kytana Williamson a big bear hug after she scored the winning goal for Medomak in a South B preliminary game against Lake Region. (Paula Roberts photo)