Lawrence pulled away in the second half to defeat Medomak Valley 57-33 in a North Class A quarter-final girls basketball match-up at the Augusta Civic Center on Feb. 15. The Bulldogs led 10-8 at the quarter and 20-17 at the half. Sadie Cohen went inside on a Aubrey Schaeffer pass to pull Medomak within one early in the third period. Lawrence  scored 12 straight to take a commanding lead. Schaeffer hit a big three at the buzzer and made good at the foul line for a four point play to pull Medomak with eight, 37-29 at the end of three. The Bulldogs out scored the Lady Panthers 20-4 in the final quarter.

Medomak was led by Schaeffer, Cohen and Lydia Simmons with 6 each. Lawrence was led by Brooklynn Lambert 18, Keagan Alley 13 and Sarah Poli 12. 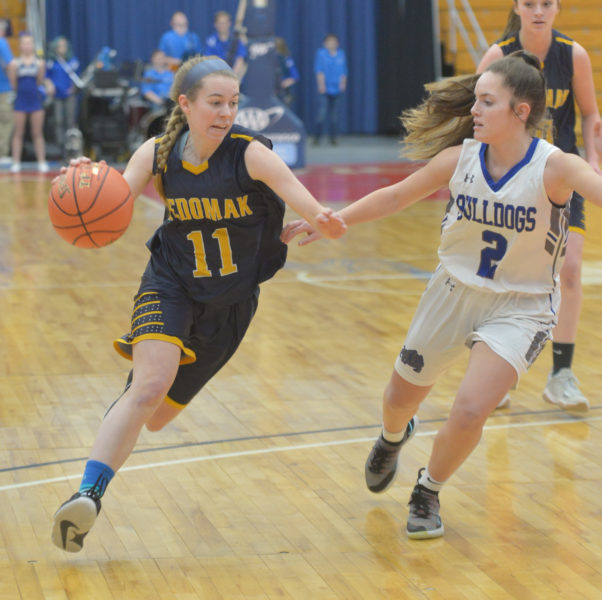 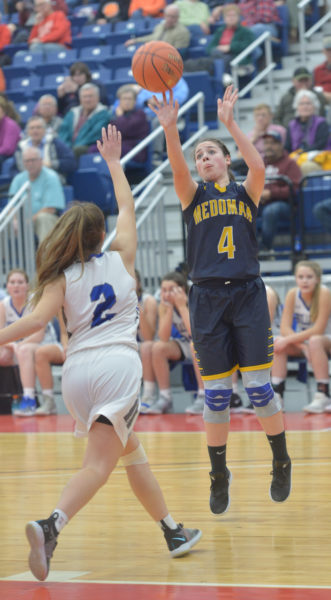 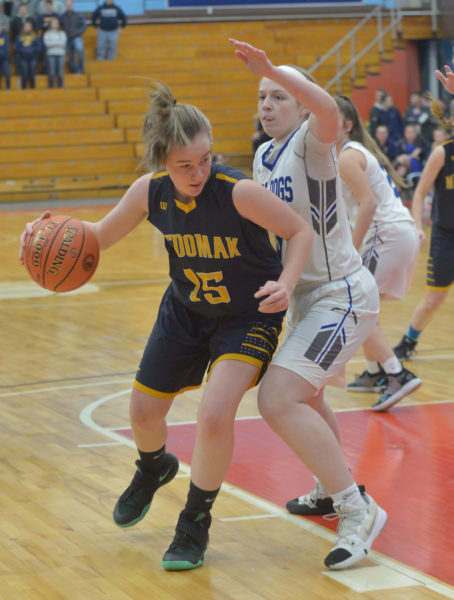