Allen Peabody went the distance for Leavitt in their 7-2 win over Lincoln Academy baseball on May 23 in Newcastle. Basel White took the loss for the Eagles.

After six scoreless innings, Lincoln rallied for three runs in the bottom of the seventh to spoil Peabody’s shut out. Bradley Cross singled and scored on a Baker Gove double. Oakley Oliver singled. Gove stole home when Oliver drew the throw to second. Oliver scored when Gus Hunt reached on a dropped third strike.

Hitting for the Eagles were Oliver with two singles, Gove a double, and Cross and Hunt a single each. Peabody helped his own cause with three singles. Ian Godfrey added two doubles, and David Herman two singles to lead the Hornets. 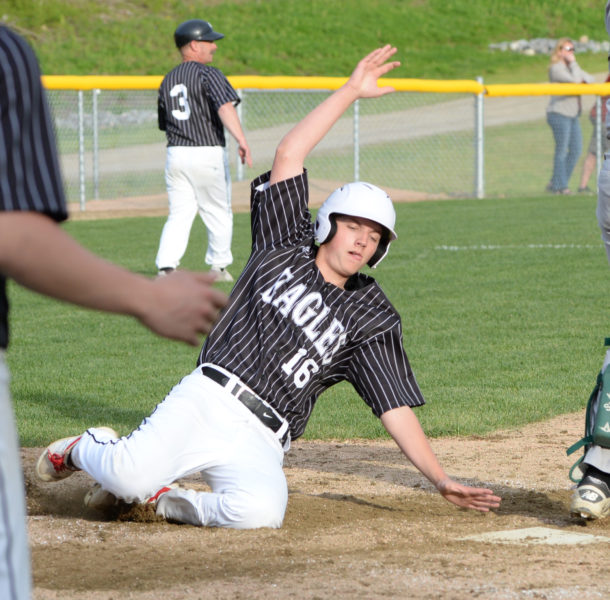 Bradley Cross scored the Eagles first run of the game in the bottom of the seventh inning. (Paula Roberts photo) 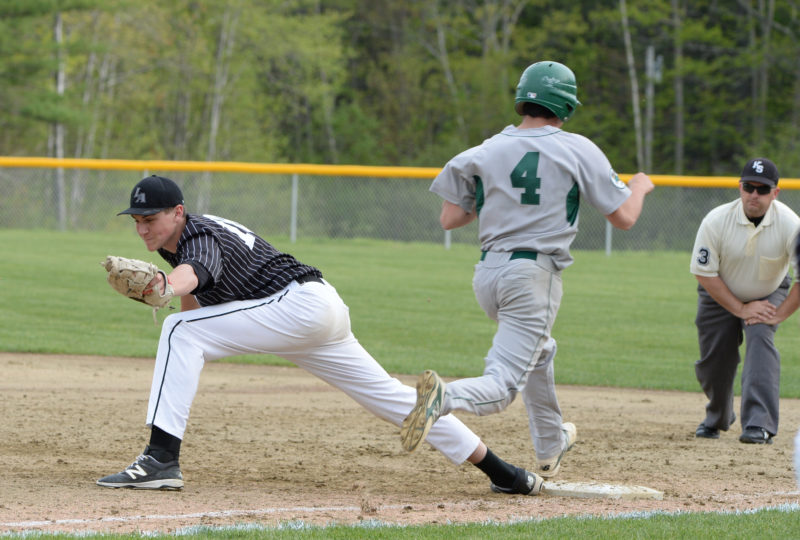 Andrew Greenleaf stretches to pick up the out on Leavitt base runner David Herman. (Paula Roberts photo)