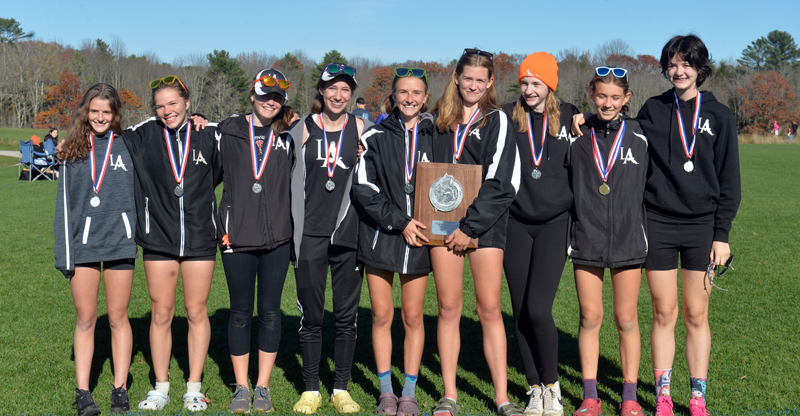 The Lincoln Academy girls cross country team is the state Class B runner-up, the highest finish ever for the Lady Eagles. The girls and boys teams also won the South B Sportsmanship Awards. (Paula Roberts photo)

York won the state title with 63 points, and Lincoln was runner-up with 86. Medomak Valley placed 10th out of the 12 teams statewide to qualify for states.

York placed four runners in the top 19 and five in the top 37. Lincoln placed five scoring runners in the top 33. The race was held under beautiful sunny skies at Twin Brook Recreation in Cumberland on Saturday, Oct. 29. The 2022 championships were in stark contrast to 2021, which were held in pouring rain.