Lincoln Academy and North B champion Erskine Academy will face off for the Class B state championship at Lewiston High School on Saturday, June 8. (Time to be set on June 7)Lincoln beat Erskine twice this season, 4-1 and 5-0. 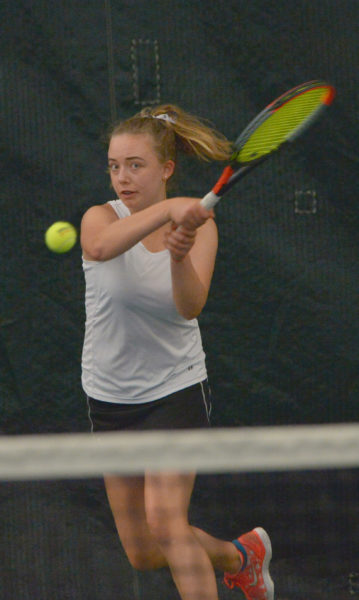 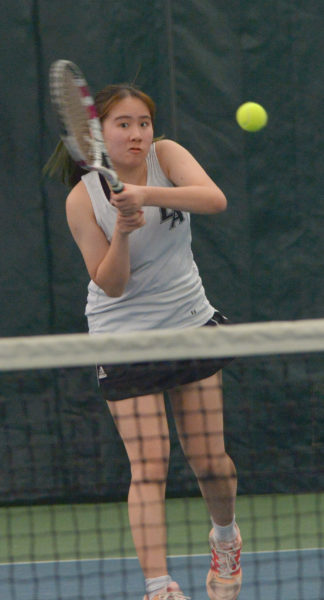 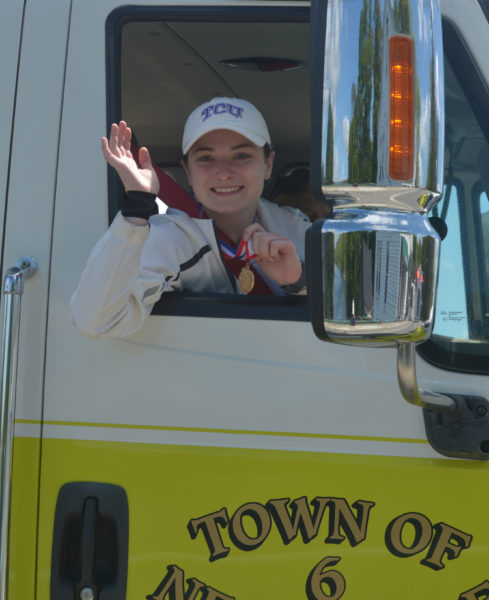 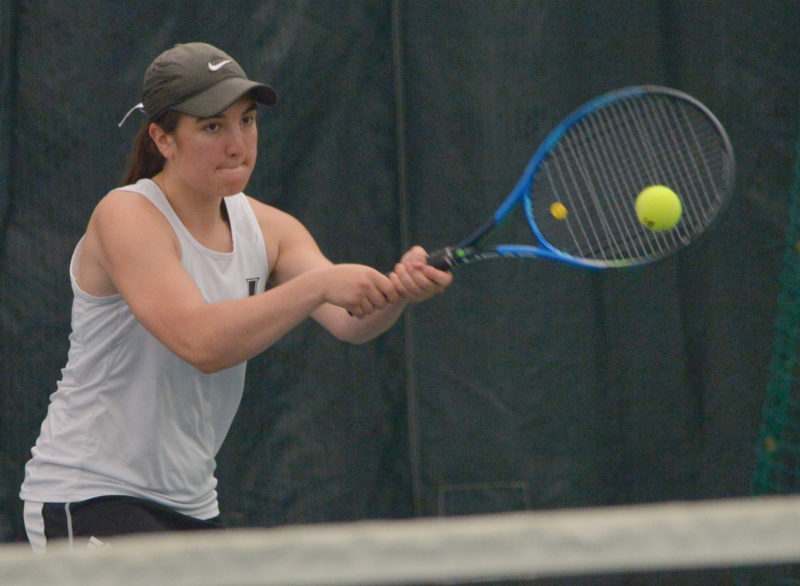 Sandra Thelander returns a shot at the net in her second doubles win at Regionals on June 6. (Paula Roberts photo)