Lincoln Academy girls tennis team defeated Erskine Academy 5-0 on May 23 to claim their second straight KVAC Class B championship. LA went undefeated against Class B schools this season. Their only loss was to Class A Lewiston.

Caitlin Cass avenged her only loss of the season, beating Ellie Hodgkin 6-0, 6-4 at first singles. Fiona Liang out stroked 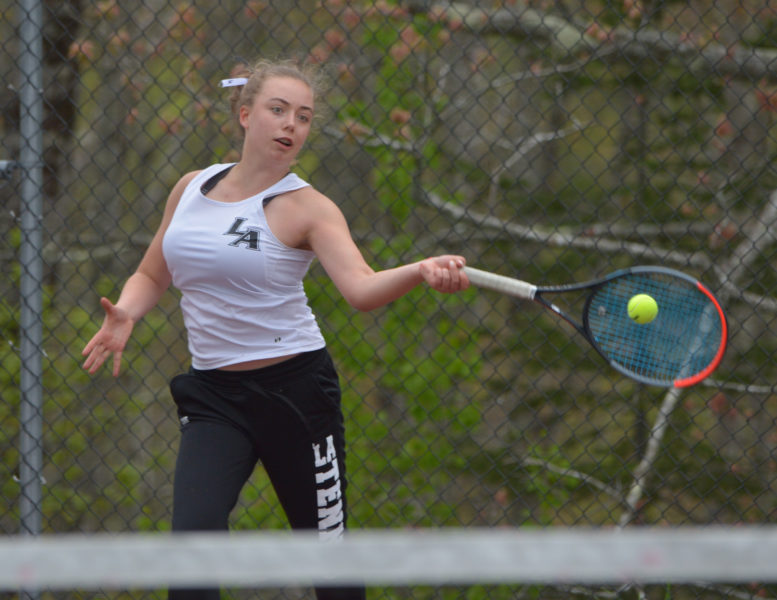 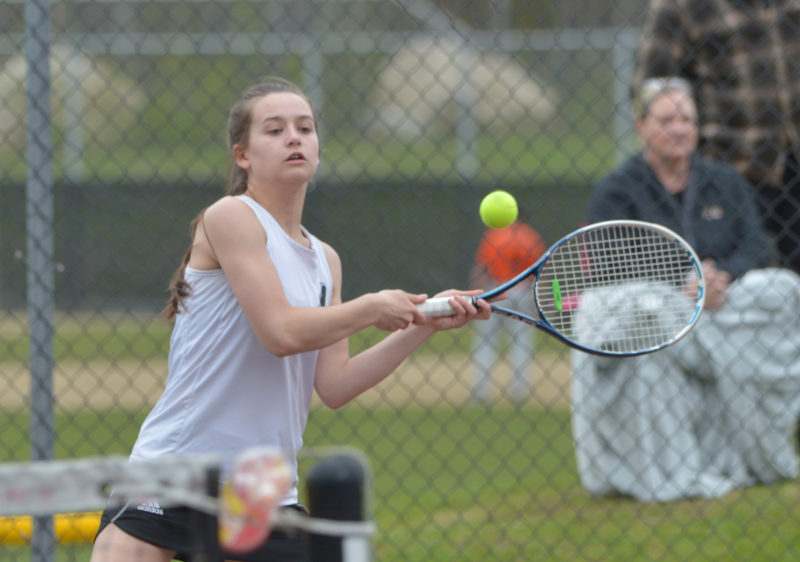 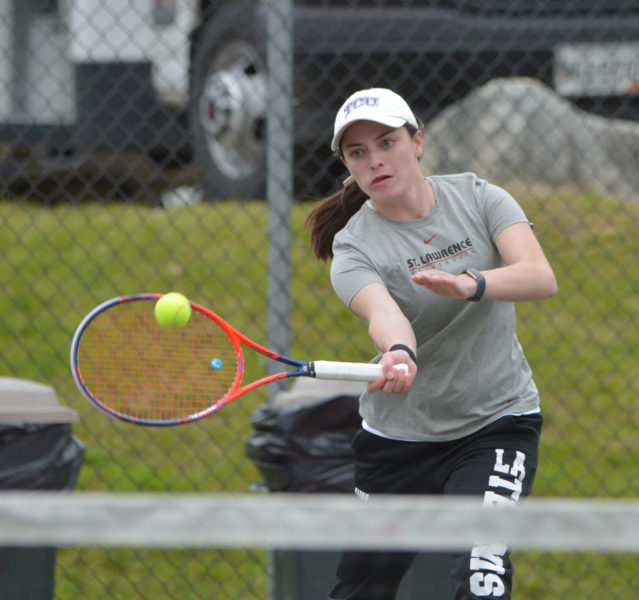 Emily Harris returns a shot at the net for Lincoln. (Paula Roberts photo) 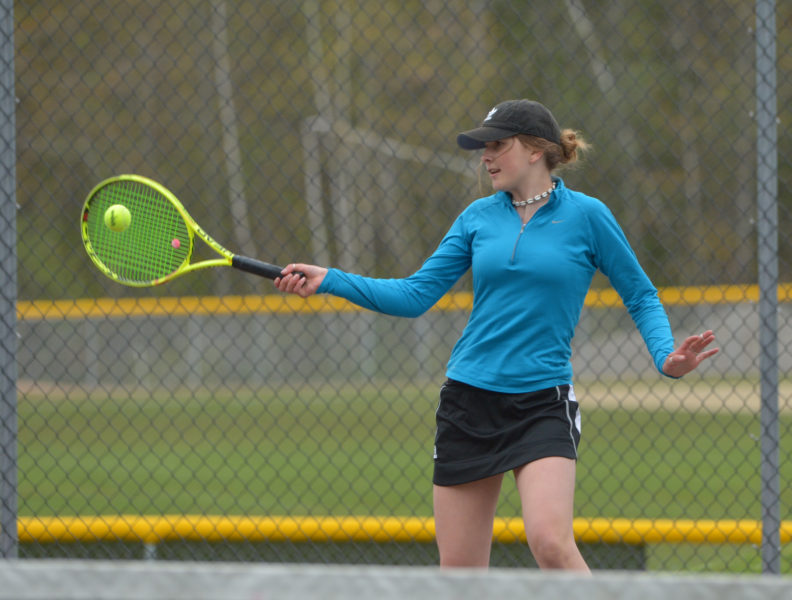 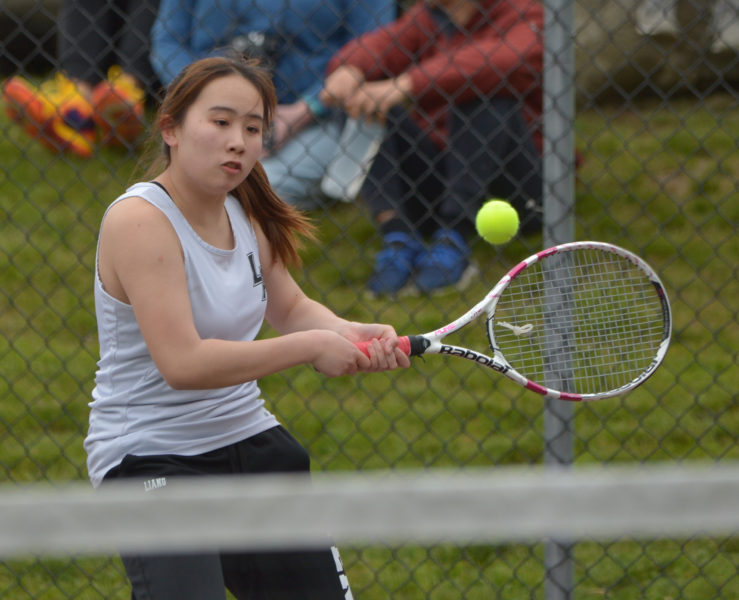 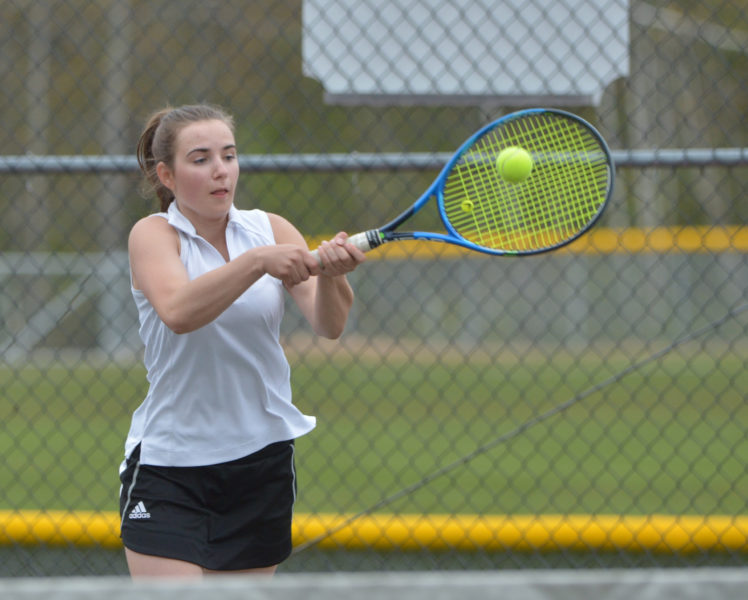 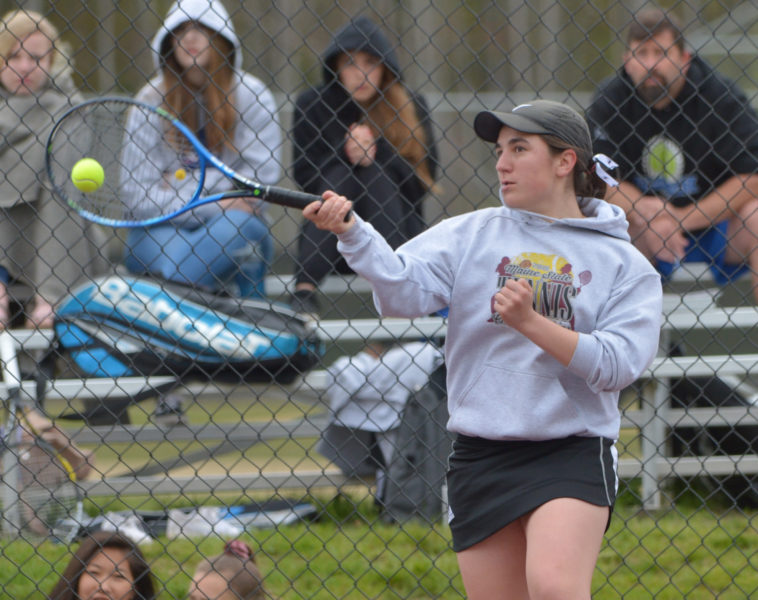