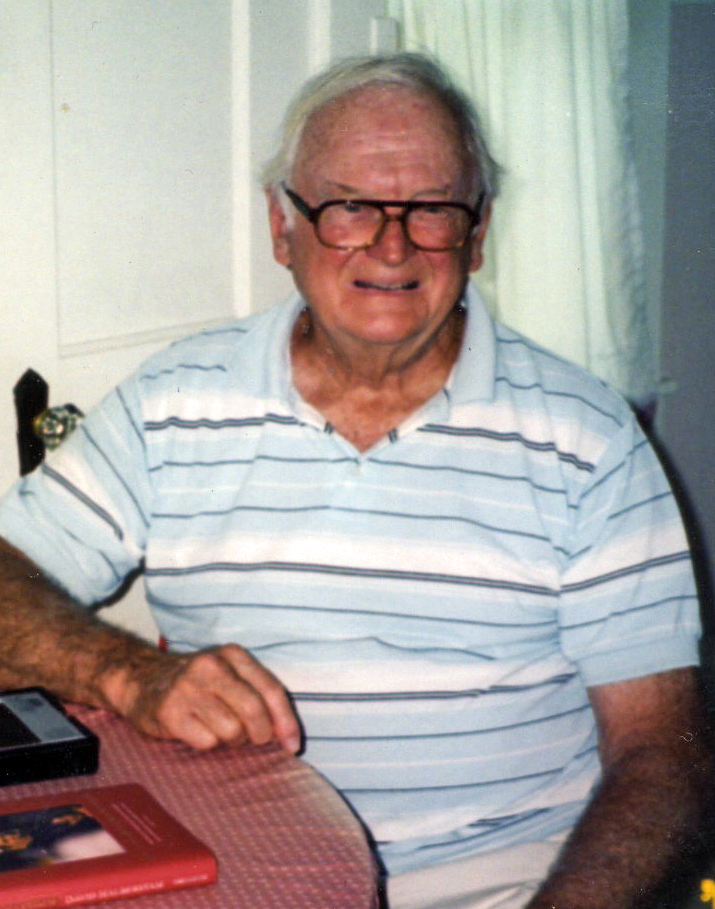 Ralph Hilton, a member of the Lincoln Academy Class of 1940, achieved excellence as an athlete in high school and college and as a coach at both Lincoln Academy and Wiscasset High School. Later in life, he remained active in sports, playing basketball, golf, and tennis.

Hilton’s athletic career in high school began his freshman year when he ran cross-country. He competed all four years at Lincoln, and his team won the Bates College Invitational Meet three years in a row from 1937-1939. He finished fourth in 1938.

Hilton also competed in track and basketball. He recalled a track meet in Brunswick in which he took first in the high hurdles, pole vault, javelin, and high jump and second in two events to score 25 points. “I had a field day!” Hilton said.

He went on to attend Colby College for three years, where he participated in track and cross-country. In track, he competed in the pole vault and high hurdles. His cross-country team won the state championship in 1943.

The U.S. Navy organized a youth corps and promised further college, so he joined that group and ended up at Bates College for one semester in the fall of 1943. He earned his varsity letter at Bates in football.

Hilton spent a year and a half in the Pacific Ocean serving his country. After World War II, he returned to Maine, where Nelson Bailey hired him to teach math and coach basketball, cross-country, and track at Lincoln Academy.

In his six years at LA, he had success in basketball, coaching Knox-Lincoln championship teams in 1948, 1949, and 1950. His teams qualified for the state tournaments twice. He said the “one-hand” shot was just coming into the game.

He also had success in coaching track at LA. He was “blessed with an outstanding athlete, Silas Skillin,” who he feels was possibly the greatest track athlete to ever attend Lincoln Academy. “Silas always won two dashes, two hurdles, and all three jumps,” he said. Hilton’s track teams won Knox-Lincoln championships in 1949, 1950, and 1951. The 1951 track team finished third in the state and Skillin set a state record in the low hurdles.

Hilton went on to Kents Hill School, where he took on the position of dean of men. There he also coached track and JV basketball.

In 1954, he was chosen as the principal of Wiscasset High School. He made the track program a year-round sport. Without a track, they cleared an old railroad bed to serve as a straightaway for the hurdles and training for the dashes. For the longer races, they marked out a loop around the baseball field.

Hilton remained active in sports, especially basketball, playing “at every chance, two-on-two, three-on-three, four-on-four or whatever.” He frequently played on pickup teams from the towns of Damariscotta and Newcastle from 1946-1960. 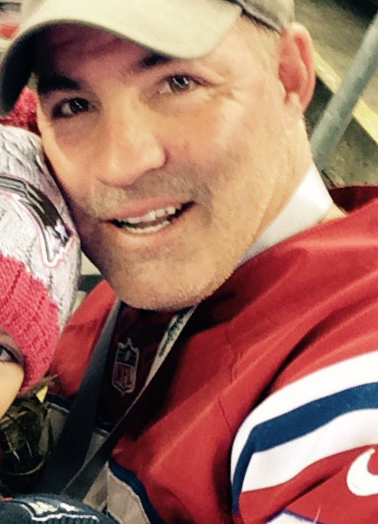 Luke Houghton, class of 1988, was a standout athlete in soccer, wrestling, and baseball. After graduating from Lincoln Academy, he had a distinguished career in football at Maine Maritime Academy.

The soccer team amassed a 49-6-2 record in his four years of participation. In his senior year, he had 11 goals and 12 assists, and helped lead LA to its 5-4 win over Ellsworth in the 1987 Class B championship game.

Collegiately, Houghton played one year of soccer at Slippery Rock University before transferring to Maine Maritime Academy. In 1990, Houghton walked on to the Maine Maritime football team. There he played every game for four years at wide receiver.

In his sophomore year, he was named Associated Press Player of the Week two times. He was named to the All-New England Team in 1991, an Associated Press selection that included players throughout the region, regardless of their school’s division. He finished the 1991 season as the number four receiver in the New England Football Conference.

Houghton graduated from Maine Maritime with a Bachelor of Science degree in maritime engineering and technology and a third engineer’s license for unlimited horsepower. He worked for two years for Carnival Cruise Lines and Aztar Corp. in Evansville, Ind. He went on to work for Hydro Demolition Co., out of Boston, for three years before entering the artificial turf industry.

Houghton has been employed by the worldwide leader in the turf industry, FieldTurf USA, for the past 17 ½ years, installing turf at fields such as the New England Patriots’ Gillette Stadium, the University of Maine at Orono, Harvard, Yale, and the University of Connecticut. He assisted in installations for two Super Bowls, in Tampa Bay in 2001 and Miami in 2010.

One of the projects he is most proud of, and had a small part in, was the installation of the turf field at LA. He helped bring the “greatest turf on Earth” and one of the “most beautiful and playable fields in New England” to Lincoln Academy. Houghton has been instrumental in maintaining the prime condition of the LA turf field.

He lives in Newcastle with his wife, Laura, class of 1991, and their three children, Grace, 14, Lucas, 11, and Lexie, 9, who are all involved in sports and take great pride in being able to play on the turf field at Lincoln Academy. 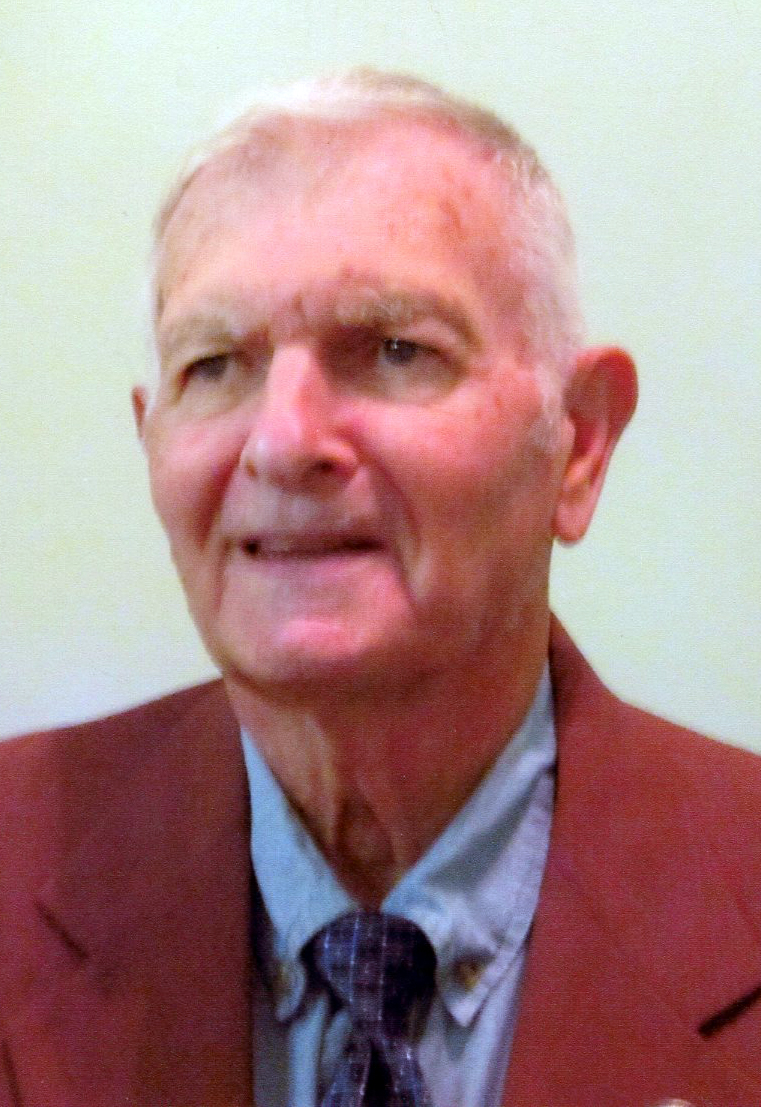 Walt White grew up on Vinalhaven. He graduated from Vinalhaven High School in 1958 and the University of Maine at Orono in 1962.

He taught in New Hampshire and on Vinalhaven before responding to an ad for a social studies teacher and coach at Lincoln Academy in 1969. White had a background in both, so he was hired and held the position for 25 years, until 1994. “Art Dexter hired me in a brief, 15-minute interview, smoking his pipe with Greenie (Genthner) at his side,” White said.

He coached the boys varsity basketball team until 1974. Despite two big wins over rival Medomak Valley, his teams never made the playoffs, which he said “was a major disappointment.”

White also coached varsity track under Andy Williamson for two years and was the head coach in 1971 when Williamson took a sabbatical year. They coached together in 1972-1973. Under their leadership, aided by track stars Gary Alley and Steve Jones, they won another Knox-Lincoln title. The coaches became great friends and are still “close buddies today,” 50 years later.

In 1976, Dexter wanted to build up the LA girls basketball program to be more competitive with Medomak, Rockland, and Camden-Rockport. When White got the OK to coach and continue refereeing, he jumped into the girls program as an assistant to Chris Russell and the girls JV program took root.

White recalls a 43-game winning streak for the girls JV basketball team in his last three years and the fun, pride, and sportsmanship he observed along the way.

When Dan Pinkham took over the varsity girls program, things really fell into place. White knew Pinkham from his coaching days and they put their ideas on the same page quickly. White and Pinkham worked together until 1983.

White’s biggest sports thrill was helping Pinkham guide the talented girls team to the state Class B championship in 1982. They had a good team, but they did not know until the final game that they had a “great team,” White said. Trailing at halftime before 5,000 fans in the Bangor Auditorium “was not easy for the girls.”

Pinkham and White talked it over at halftime before addressing the girls and deciding to “roll the dice” and change the offense. The strategy worked. “We surprised Houlton and our girls executed beautifully, as the halftime butterflies were gone,” White said. The victory over Houlton was a great night in Lincoln Academy sports history. A very proud Arthur Dexter yelled his famous quote: “Everybody knows where Lincoln Academy is now!”

White’s passion for sports at Lincoln and in retirement led to 36 years of basketball officiating and 40 years as a softball and baseball umpire. White estimated that he has officiated over 4,000 games, counting middle school, high school, Little League, American Legion, and Babe Ruth contests. He and other distinguished officials have been an integral part of the development of Midcoast athletes in the last 50 years. In recognition of his efforts, he was inducted into the Midcoast Sports Hall of Fame in 2014.

White was a longtime figure in Lincoln Academy’s Social Studies Department as well. He is especially proud of the three divisions of senior psychology classes he instituted in the curriculum in 1969, which are still going strong, thanks to Steve Sullivan.

In addition to teaching, coaching, and officiating, White served his country with a 28-year U.S. Army career, three years active and 25 with the 76th Infantry Division of the U.S. Army Reserve, retiring as a lieutenant colonel.

The Whites have been married for 56 years and have three children and 10 grandchildren. “Jan and I are now just spectators, enjoying watching the grandchildren filling their own passion for sports,” White said.

White has always had a simple motivating and teaching message. He told all kids, “No one can push you up the ladder unless you are willing to take the first step yourself.”

Widmaier graduated in the top 10 in her class. She was class president her sophomore, junior, and senior years and class vice president her freshman year. She was a Girls State representative and a member of the National Honor Society and the yearbook staff. She was selected as prom queen and was active in the L Club and peer tutoring. She received the Babe Ruth Good Sportsmanship Award. Her high school ended with the school’s highest award, the Achievement Cup for the class of 1986.

Widmaier is married to Kurt Widmaier, a partner with the Russo, Karl, Widmaier, and Cordano law firm. They live in East Northport, N.Y. They have three children: Kurt, 20, a student at UCLA; Connor, 18, a student at the State University of New York at Geneseo; and Kristen, 15, a sophomore at Northport High School.

Bridget Widmaier is a teacher in the Northport School District. She has been coaching JV girls basketball for three years and has also coached JV softball and junior high cheering.

Widmaier has run the New York City Marathon three times, once when pregnant with Kurt, and again with Kurt when he was 18. She raised $21,973 for the Memorial Sloan Kettering Cancer Center as part of her New York City Marathon experience. She was named one of the Women of the Year for Hunting Township for coaching and fundraising efforts.