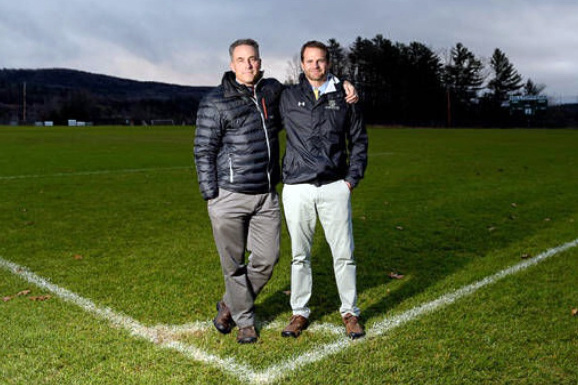 Long-time friends and soccer coaches Jeff Burroughs (left) and Steve Levesque will offer a soccer camp at Lincoln Academy this summer for players in grades 3-8.

Lincoln Academy still has space available in its summer soccer clinic for young athletes entering grades 3-8 this summer. The camp will run from 9 a.m. to noon, July 12-16.

This camp will be run by Head of School Jeff Burroughs and his long-time friend and fellow coach Steve Levesque, of St. Johnsbury Academy in Vermont.

The camp will build skills in players of all levels through technical work, small sided games, and competitions throughout the week. Levesque and Burroughs bring a great deal of experience and worked together in St. Johnsbury coaching the boys and girls teams, respectively, as well as building a summer youth camp.

To register for the camp, go to lincolnacademy.org/2021summerprograms.