Lincoln Academy boys cross country team successfully defended their Class B KVAC title on Oct. 19 at Cony High School in Augusta. LA senior Jarrett Gulden won the Class B individual championship in 17:12. The Eagles placed four runners in the top 10 and five in the top 14 to win with 29 points. Eagle Jojo Martin placed third, Cameron Nelson fifth, Kaleb Brackley-Prouty 10th and Sam True 14th to round out the scoring five. 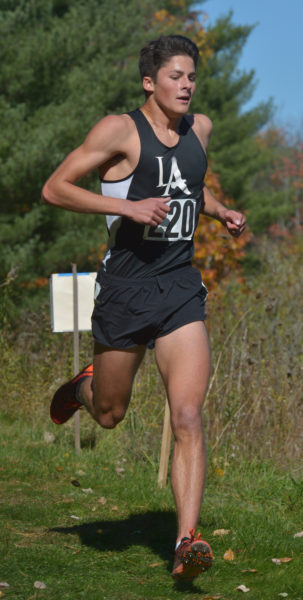 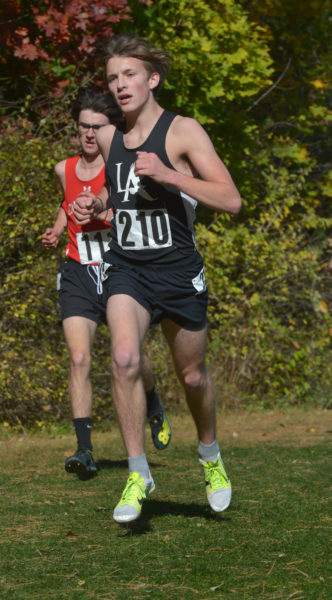