Lincoln Academy boys basketball team avenged an earlier season loss (62-39) to Spruce Mountain Saturday night in the Eagles nest. The Eagles soared in the first 13 points of the ball game, then held off the Phoenix. Spruce Mountain pulled within six in the third, and the Eagles answered the threat with a 16-3 run to put the game away early.

Lincoln was led by Keyden Leeman with 24, Cody Tozier 13 and Bryce York 10. Spruce Mountain was led by Austin Darling 19 and Canlin Parker 10. 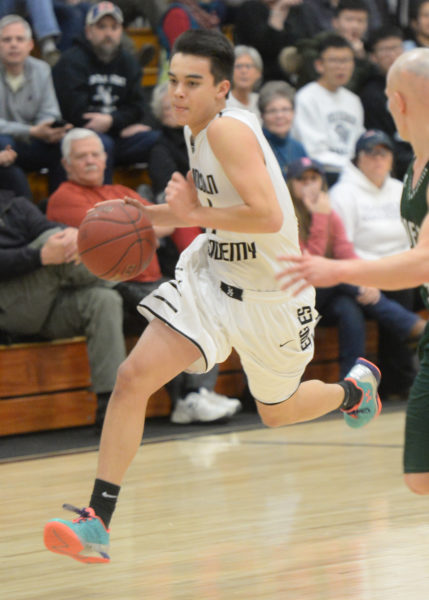 Keyden Leeman brings the ball up the court for the Eagles. (Paula Roberts photo)