Lincoln Academy boys lacrosse team defeated St.Doms 16-9 in the Eagles nest on April 29. The Eagles were led by Liam Cullina with six goals, Nolen Michael four and Gardner Skiff and Jaden Dolloff two each. Will Farrell earned the win with 10 saves in net. St. Doms was led by Will Fletcher and Ga 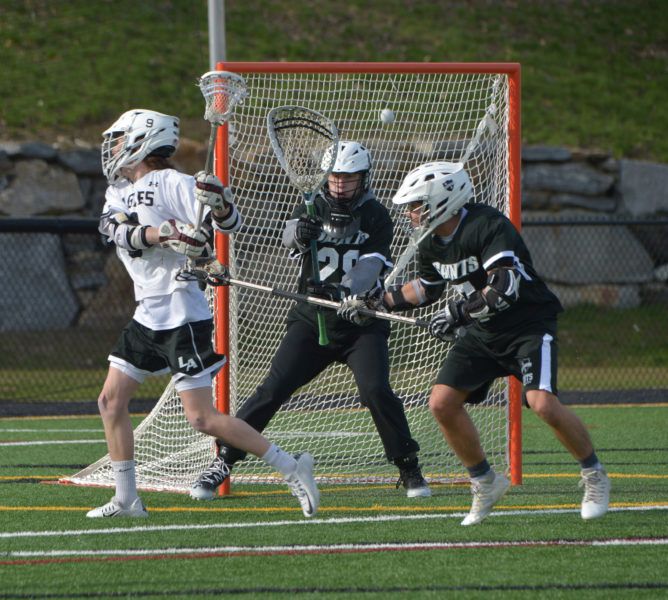 Nolen Michael flicks the ball over his right shoulder and in for the Eagles. (Paula Roberts photo) 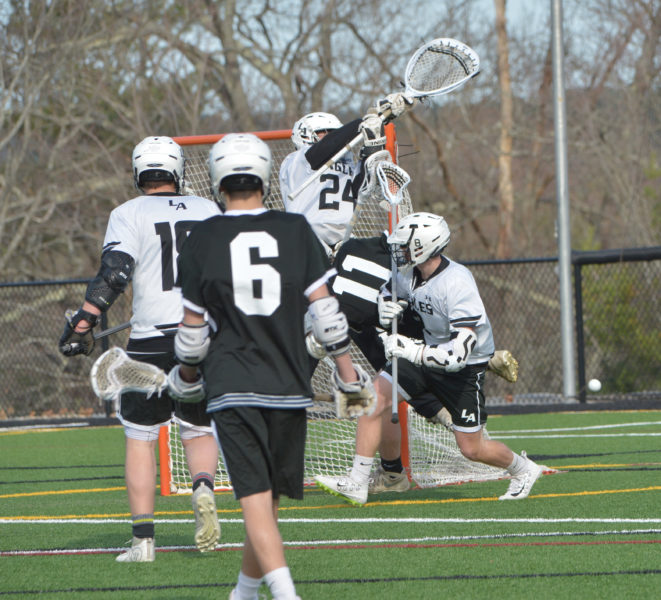 Eagle keeper Will Farrell leaps into the air to bat a St. Dom shot away. (Paula Roberts photo)