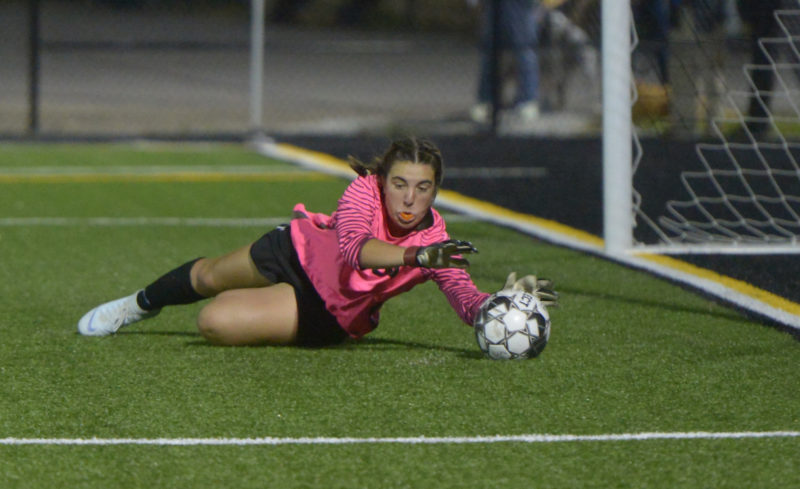 Lincoln Academy goalie Sandra Thelander makes a diving save in the first half. (Paula Roberts photo) 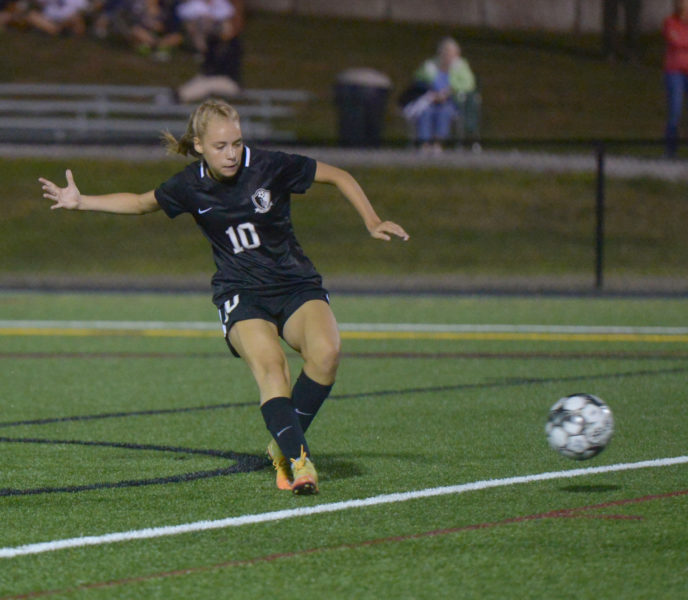 Medomak Valley girls soccer team defeated Erskine Academy 2-1. After a scoreless first half, Steph Morse put in a rebounded Grace White header off a direct kick with 24:03 to play. Abby Lash scored on a breakaway three minutes later on a feed from Hannah Prock to give the Lady Panthers a 2-0 lead. Alana York floated in a long ball to pull the Eagles within one. Kayla Donlin made 18 stops in net for Medomak to preserve the win.

Morse girls soccer team defeated Lincoln Academy 2-1 under the lights in Newcastle on goals from Emily Martin and Julia Clifford. The Lady Eagles made a late game push, to pull within one with 4:15 to play when Tatum Hancock put in a rebounded Emily Harris shot.

Medomak Valley boys soccer team robbed the Eagles nest at Erskine Academy for a 2-1 win. Medomak jumped out to a 2-0 lead in the first five minutes of play, and almost scored a third on a penalty kick that was stopped Eagle keeper David McGraw. Joey Horovitz scored on a through pass from Nick Hill and Ryan Creamer headed in a direct kick from Alden McLain taken from midfield. Liam Perfetto scored 14 minutes into the second half for Erskine.