Lincoln Academy placed second to Belfast at the KVAC track and field championships on May 25 in Bath. The Eagles won five events, including the 4×800 relay with Kaleb Brackley-Prouty, Jarrett Gulden, Jojo Martin and Sam Russ running a leg. Gulden won the 1600m and 800m races and took second in the 3200. Russ won the 3200 and placed second in the 1600 and third in the 800. Sam True won the 1600m racewalk.  Lady Eagle Libby Hoving broke the school record in the 100m hurdles with a second place finish.

A full report will appear in the Lincoln County News. 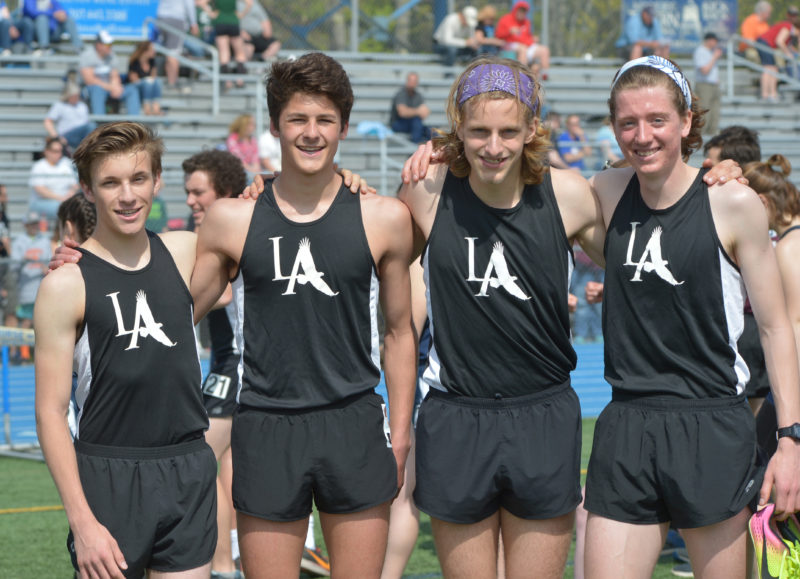 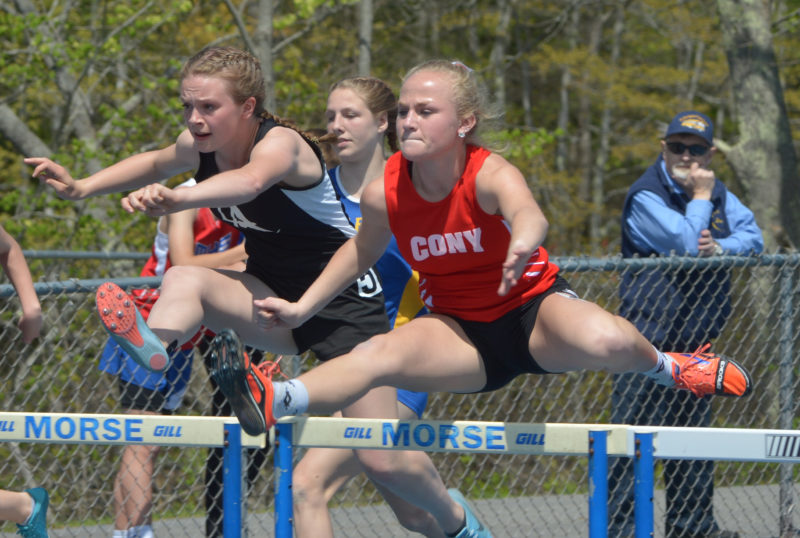 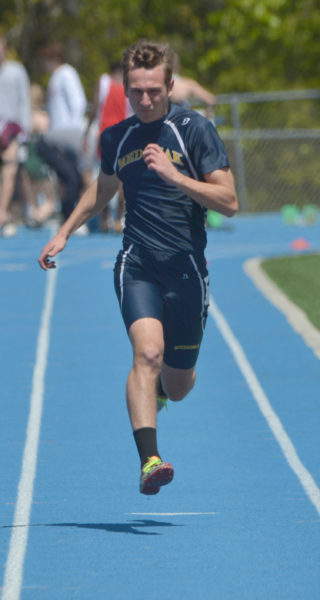 Joey Horovitz races down the track in the 100m dash for Medomak. (Paula Roberts photo)