Lincoln Academy boys soccer team defeated Morse 2-1 under the lights and in the fog on Sept. 11 in Bath. Levi Farrin converted a blocked shot less than three minutes into the game to give the Eagles the lead. Morse knotted the score with 13:42 to play in the half on a shot from Alden Harkins. Jack Duncan scored the game winner with 11:47 to go in the half when he converted a Filip Diakonowicz feed. 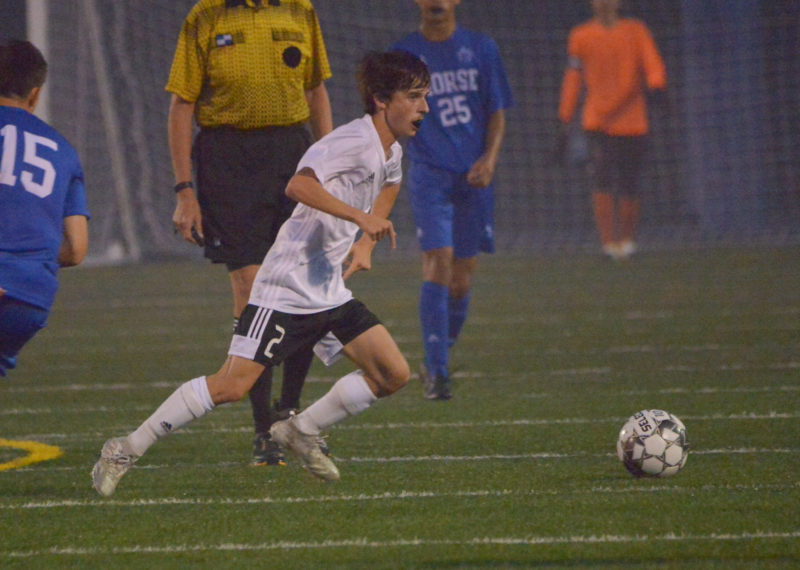 Kaden Lewis breaks toward the ball in Lincoln Academy’s win under the lights at Morse. (Paula Roberts photo)