Lincoln Academy boys soccer team dominated first half action, but struggled to put a shot on target. Nolen Michael collected a ball off a defender, dodged a Mustang and beat Mt.View keeper Kevin Richards with 3:25 to go in the half.

Mt.View dominated the second half, unleashing20 shots, but were unable to breach the Eagles net, tended by Sam Laemmle with 15 second half saves. 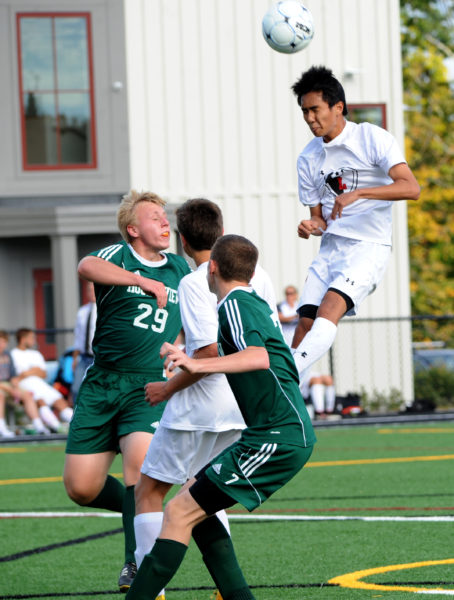 Min Choi leaps into the air to head the ball on net in the Eagles 1-0 win over Mt.View. (Paula Roberts photo) 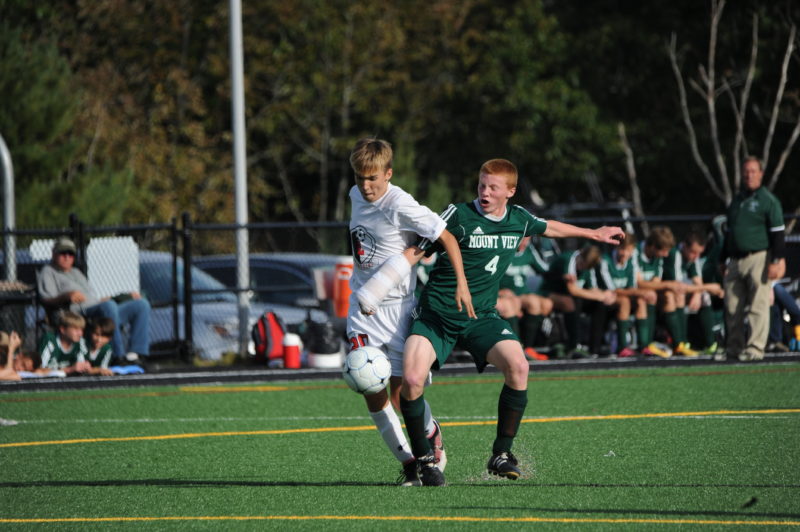