Lincoln Academy boys soccer team opened their season with a 3-1 win over Oceanside in the Eagles’ nest on Oct. 15. Maddox Tilas gave the Eagles an early lead when he converted a rebounded Filip Diakonwicz shot off the left post. Eben Lord made it 2-0 23 minutes into the contest on a cross from the left wing from Connor Cass. Levi Farrin tipped the cross back to Lord. Oceanside pulled within one before the half on a shot from Jacques Hayden. Tilas netted the third Eagle goal with six minutes to play in the second frame, with Diakonwicz once again picking up the assist. 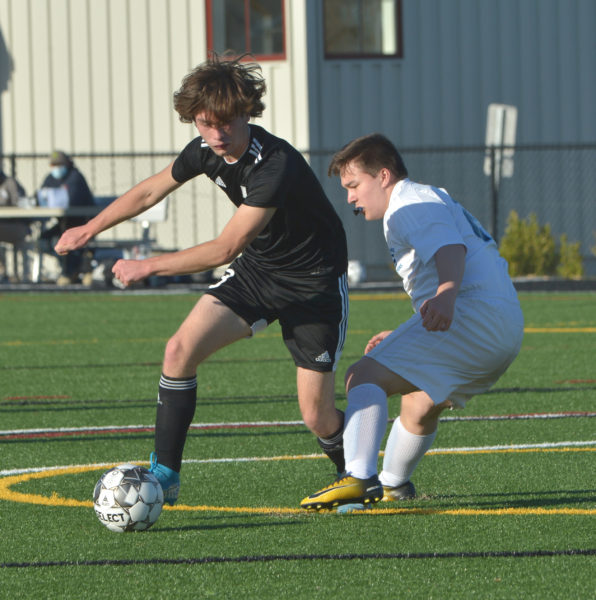 Eagle Levi Farrin maintains his footing after getting tripped by a Mariner. (Paula Roberts photo) 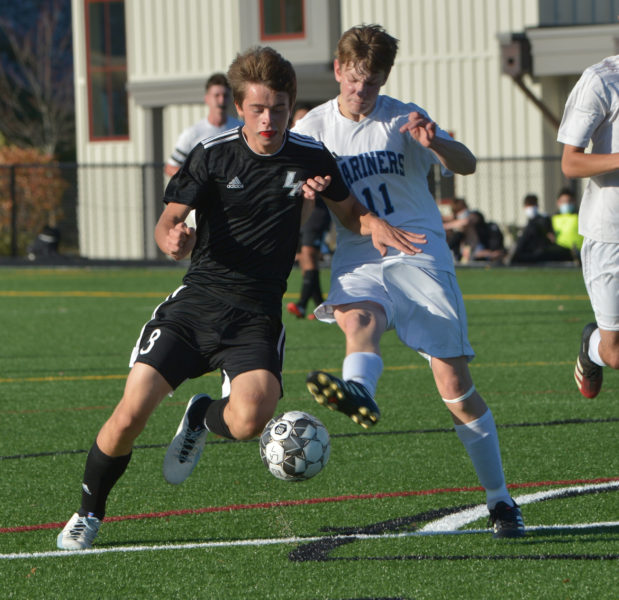 Eben Lord wins the ball at midfield for the Eagles. (Paula Roberts photo) 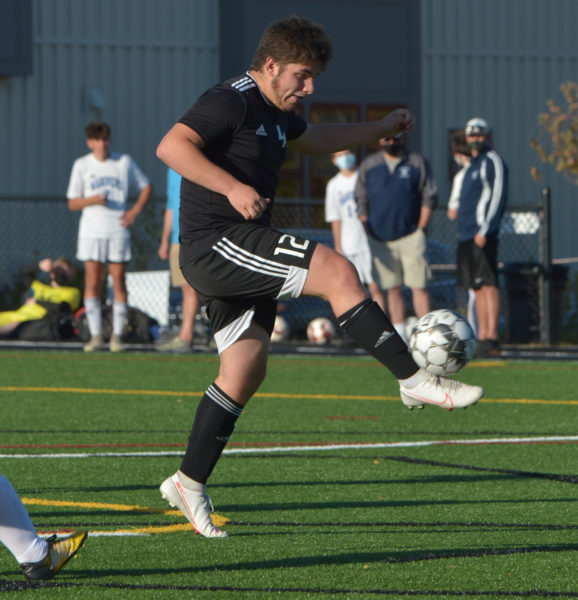