Lincoln Academy boys soccer team opened their KVAC season with a 5-0 win over Oceanside on Aug. 31 in Newcastle. The Eagles dominated the game. Mariner keeper Alec Sirois made 16 saves in net.

Will Shaffer scored one goal, and Nolen Michael and Jorge Pulido-Fernandez two each. 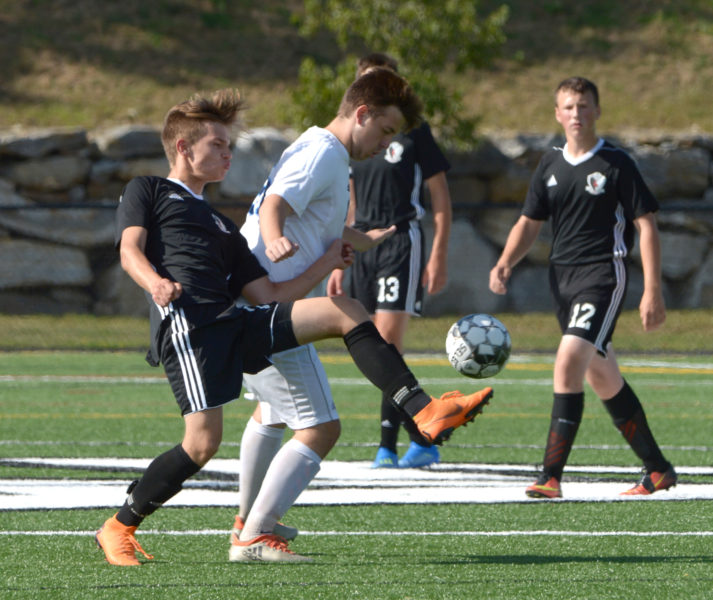 Filip Diakonowicz wins the ball at midfield for the Eagles. (Paula Roberts photo) 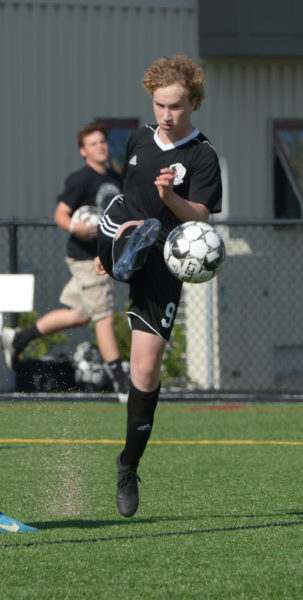 Will Shaffer takes a shot for the Eagles. (Paula Roberts photo)