The Eagles played Waterville for the KVAC championship on May 22, and lost 3-2. The win came down to first singles, where Panther Soren Nyhus took advantage of double faults from Noah Jordan, to win 6-2, 3-6. 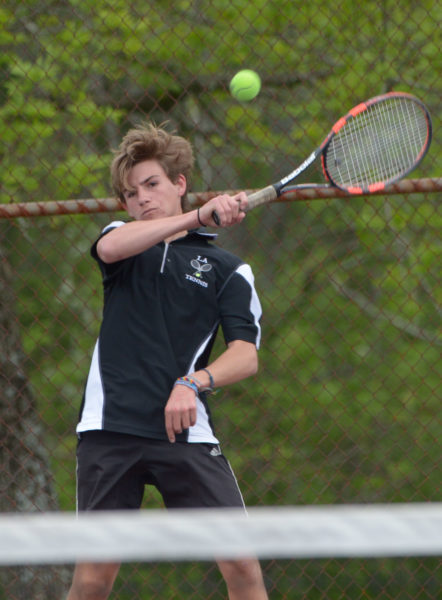 Jorge Pulido returns a shot at the net for Lincoln Academy at third singles. Pullido won his match against Waterville at the KVAC championship. (Paula Roberts photo) 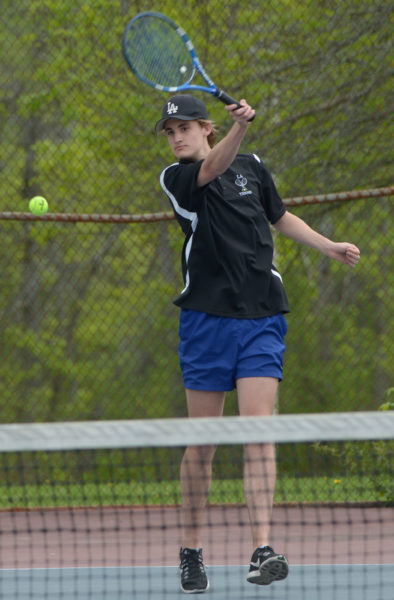