Lincoln County 11&12 Little League All-stars defeated District 3 champions Lincoln 3-1 on July 21 in the first round of the State tournament in Westbrook. The local boys play the District 6 champs on Sat., July 22 at 11:30 a.m.at 429 Bridge  Street in Westbrook.

Myles Wotton pitched 2.2 innings of shut out ball in the win for Lincoln County. Cody Cleaveland pitched middle relief and Cedar Cannon closed the final inning. The trio combined for a two hitter. 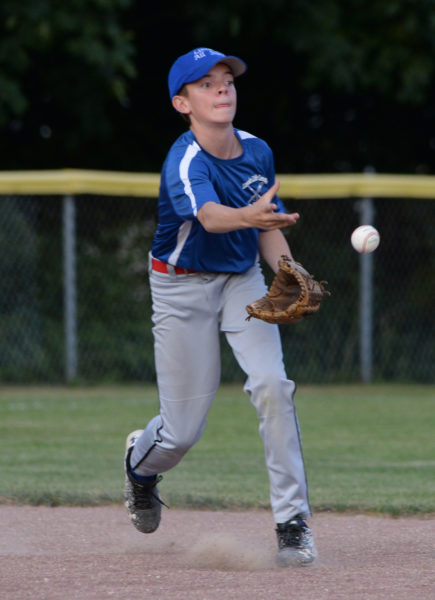 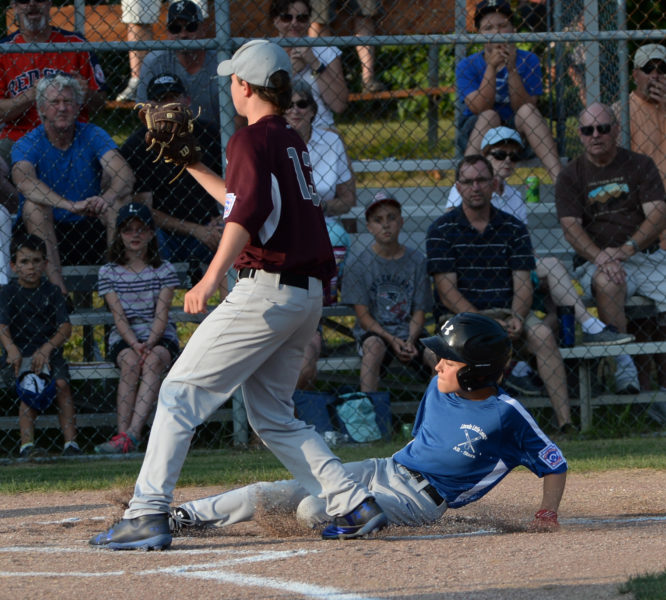 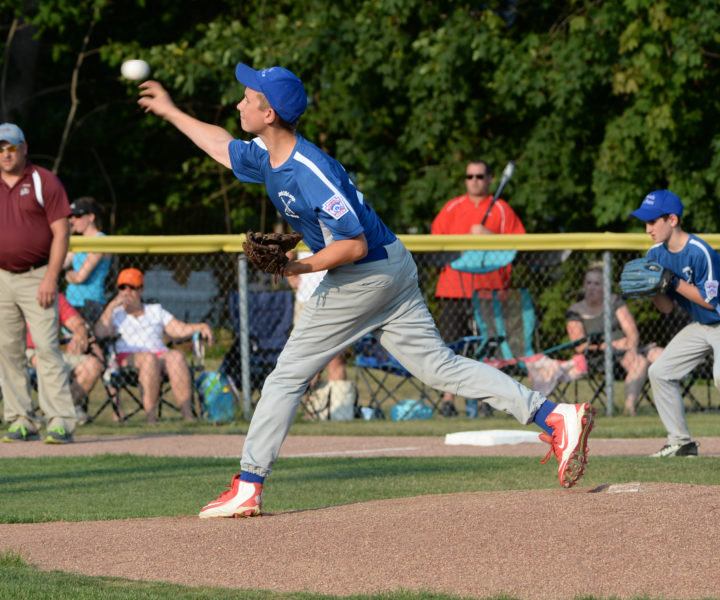 Myles Wotton pitched three shutout innings to lead Lincoln County 1&12 Little League All-stars to a 3-1 over Lincoln in the first round of the State tournanament in Westbrook on July 21. (Paula Roberts photo)

Lincoln County scored two runs in the second inning. Micah Tomasello singled to right field and Ben Sawyer drew a two out walk. Tomasello scored on a passed ball and Sawyer on a Spencer Gamage single.

Lincoln pulled within one in fourth inning on a lead off homerun from Jackson Sutherland.

Lincoln County added a run in the fifth when Nick Prior singled and stormed around the horn on passed balls and a wild pitch.

Hitting for Lincoln County were Prior with two singles, Gabe Hagar with a double, and Gamage, Cannon, Cleaveland, and Tomasello a single each.

Hitting for Lincoln were Sutherland with a homeun and Griffin House a single.