Lincoln Academy girls basketball team defended their Eagles nest for a 45-38 win over Medomak Valley on Jan. 19. The win avenges a three point loss earlier in the season. The Panthers led 9-7 at the end of the first quarter and extended their lead to eight in the second period. Lincoln hit three 3-pointers to take a 20-17 lead into the half. The Eagles scored the first seven points of the third frame and the Panthers were unable to recover. 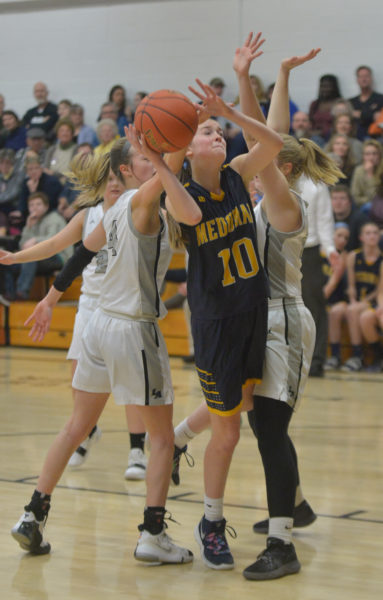