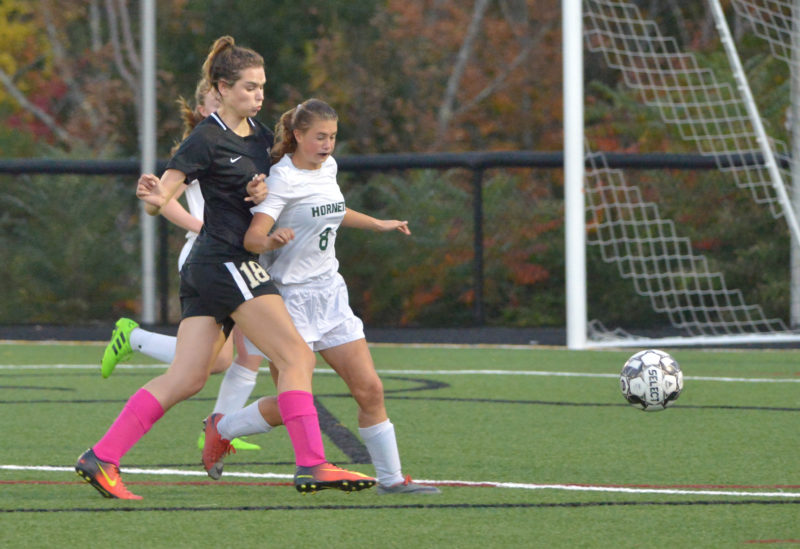 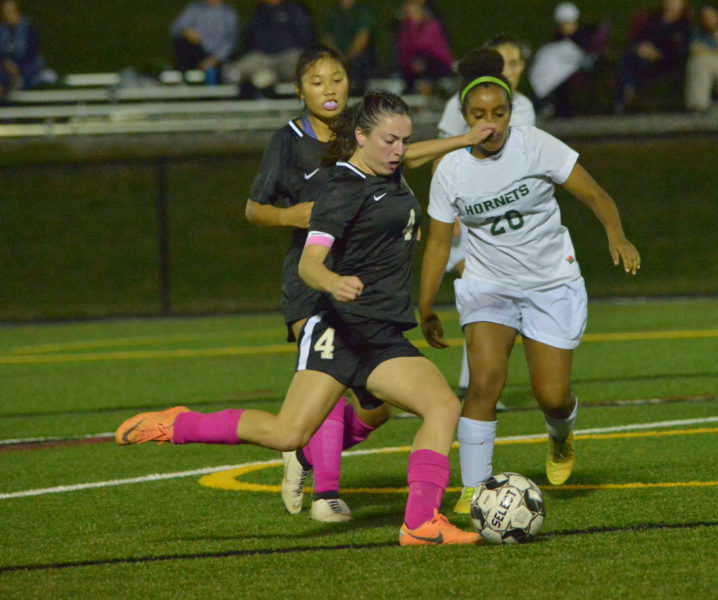 Lincoln Academy girls soccer team defeated Leavitt 4-2 in the Eagles nest on Oct. 9 in their final home game of the season. Tatum Hancock scored two goals, both assisted by Ellie Mathews. Madeline York scored on a Chelsea Williams corner kick, and Emily Harris on a penalty kick. Ali Noniewicz scored both goals for the Hornets, with Leah Maheux collecting the assists.