Lincoln Academy girls basketball team defeated Medomak Valley 52-38 on Jan. 31 in Waldoboro. Medomak jumped out to a 17-9 first quarter lead on the back of four 3-pointers, two each from Gabby DePatsy and Hallie Kunesh 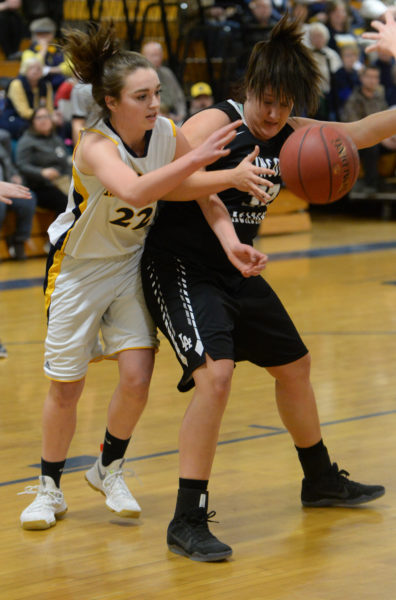 Sadie Cohen and Brianna Genthner battle for a rebound in the Lady Eagles win at Medomak. (Paula Roberts photo) 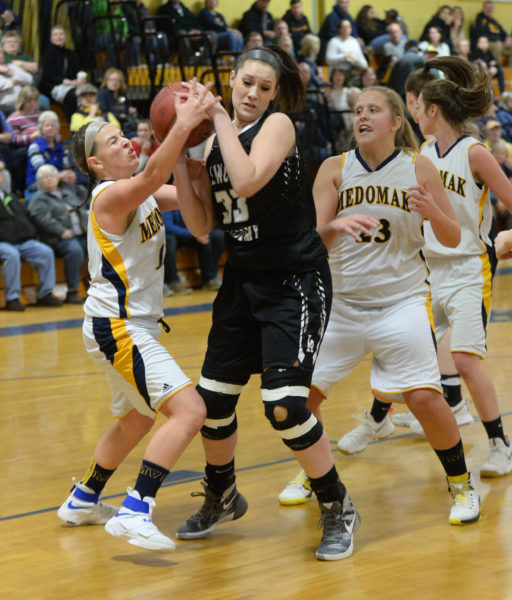 . The Eagles scored the first 18 points of the second frame to take the lead for good. The Lady Panthers pulled within one, 35-34 at the end of three. Dorothy Hodous scored back to back hoops and a foul shot for Lincoln to open the final period, and the Eagles then soared to victory.

Lincoln was led by Cagney O’Brien 14, Brie Wajer 13 and Dorothy Hodous 9. Medomak was led by Gabby DePatsy 15 and Hallie Kunesh 10.