Lincoln Academy girls lacrosse team defended their Eagles’ nest for a 14-8 win over Winslow in a Class C preliminary game on June 7. The Lady Eagles will play June 10 in a quarter final match-up.

Lincoln baseball lost 8-0 to top seed Greely in a South Class B preliminary game on June 7,

Boothbay – Wiscasset baseball played their best game of the season, in a 5-2 loss at Lisbon in a South Class C preliminary. The Seahawks led until the sixth inning, and were tied 2-2 into the sixth. Maddox Cusumano hit a RBI single scoring Aidric Canada in the second inning.  Cusumano scored on a dropped third strike with a throwing error in the third.

Freeport defeated Lincoln Academy softball 7-2 in a South Class B preliminary game on June 7. Payson Kaler took the loss. Eva Gervais gave up four hits in the win. Paige Lafrenaye had two bunt singles, and Olivia Stiles and Reegan Dunican a single each for the Eagles. 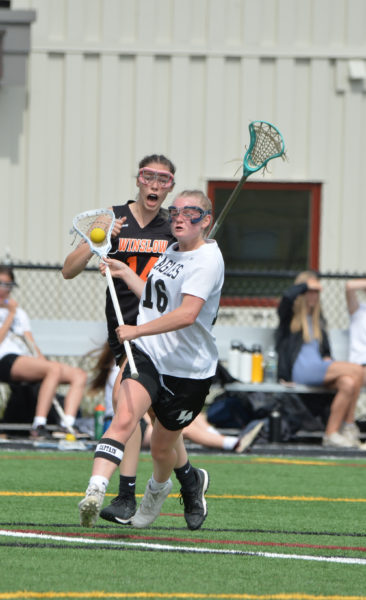