Medomak Valley boys soccer team defeated Leavitt 3-0 in the Panther den on Sept. 19. All three goals came in the second half and all three were unassisted. Addison Mellor, Brandon Starr and Will Smith found net for the Panthers.

Lincoln Academy girls soccer team kept the unbeaten streak in tact with a 4-0 win over Winslow in the Eagles nest . Skylar Houghton gave the Eagles a 1-0 half time lead. Tatum Hancock added two second half goals and Ellie Mathews one. Mathews and Houghton collected an assist each in the win.

Winslow boys soccer team handed Lincoln Academy their first loss of the season 3-2. Isaac Burbank opened scoring for the Raiders. The Eagles evened the score on a goal from Madddox Tilas. Ethan Loubier connected on a penalty kick. Filip Diakonowicz knotted the score for the Eagles. Andrew Poulin scored the game winner for Lisbon with 3:40 to go in the first half. 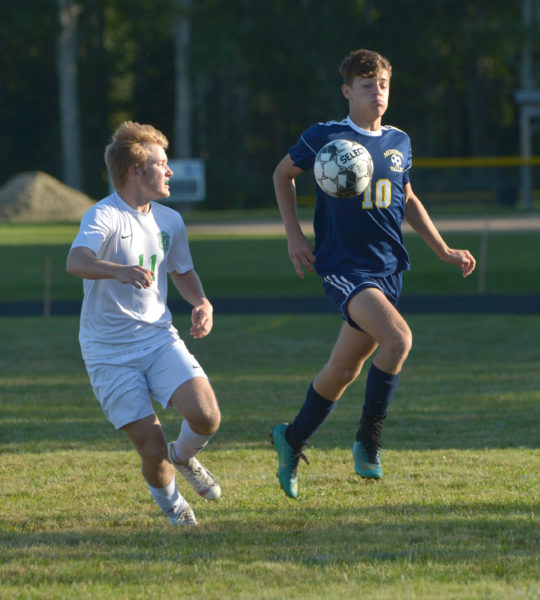 Parker Morrison plays the ball out to the wing with his chest in Medomak Valley’s 3-0 win over Leavitt. (Paula Roberts photo) 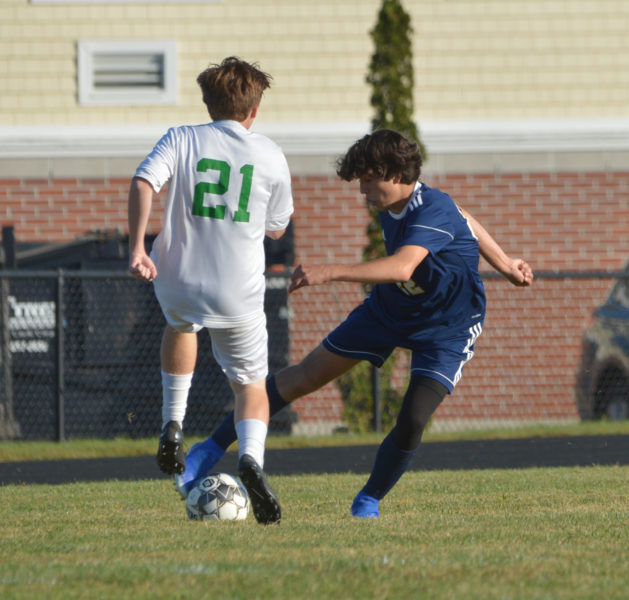