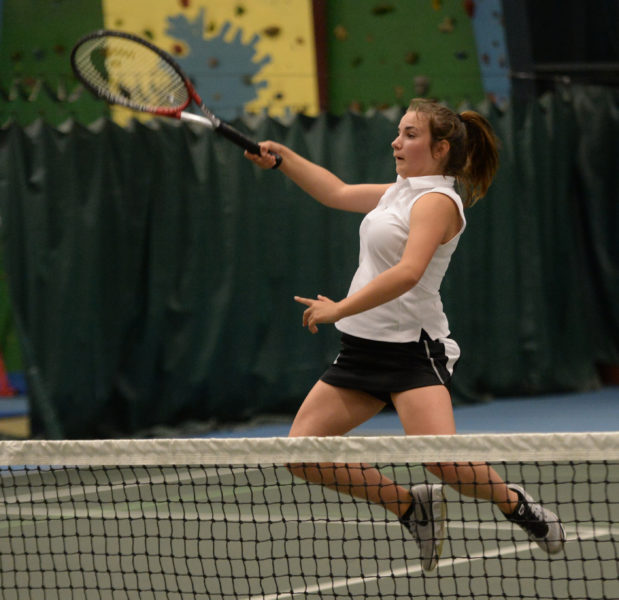 Anastasiya Oliver leaps through the air to smash a shot at the net in the Lady Eagles playoff win over Gardiner. (Paula Roberts photo) 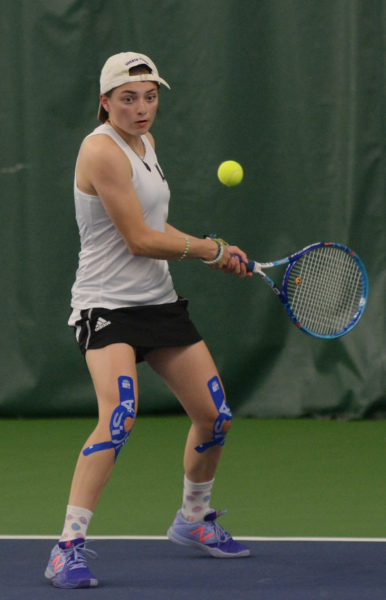 Second seed Lincoln Academy girls tennis team defeated Gardiner 4-1 in a South Class B quarter-final match on May 30 at the CLC YMCA in Damariscotta. The Lady Eagles take on Yarmouth on Sat., June 3 at 10 a.m. at Lincoln Academy.