Lincoln Academy boys soccer team defeated Erskine Academy 2-0 in Newcastle on Sept. 13. EJ Hunt headed in a Nick Archer corner kick in the first half, and Lucas Houghton scored on a Jack Duncan through ball in the second half. A controversial ending saw LA goal keeper Cody Cleaveland get yellow carded, after making a diving save and collision with Erskine player Carson Appel.

Appel layed on top of Cleaveland, and when the two untangled Cleaveland pushed him away with the ball, drawing the card. Cleaveland had to leave the field, and Isaac Thompson replaced him in net. Erskine was awarded a penalty kick on the play, even though Cleaveland had possession of the ball. Thompson made the stop on the PK by Andrew Perry, that hit the cross bar and left post. 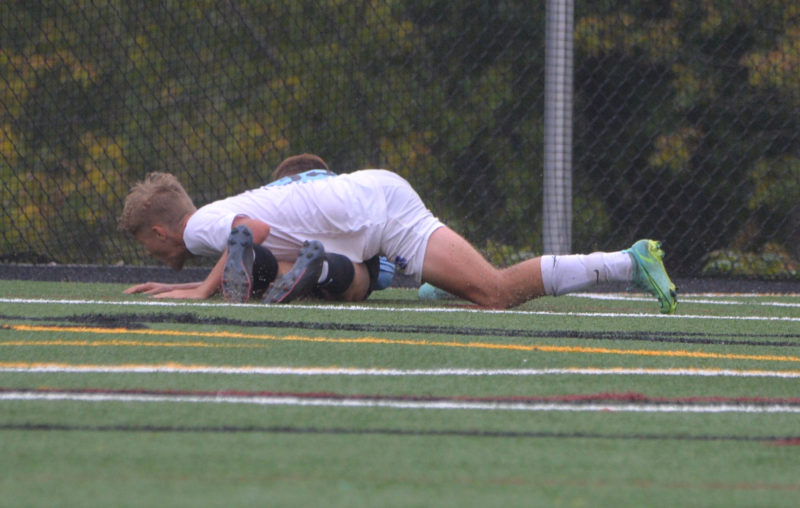 Erskine Academy’s Carson Appel lays on top of Lincoln Academy goal keeper Cody Cleaveland, after Cleaveland made a diving save. Cleaveland was yellow carded on the play after pushing Appel away with the ball. 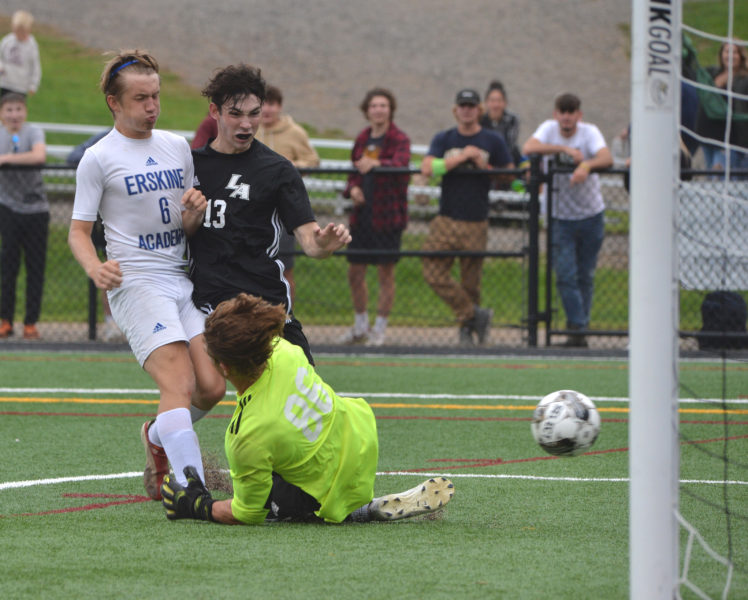