The undefeated Lions wrapped up their season perfectly (12-0) with a 2-1 win over the American Legions to win the Lincoln Little League baseball championships on June 18 in South Bristol.

The Legions took the lead in the top of the first when Indiana Robinson singled, went to second on a passed ball and scored on a Elijah Libby double. 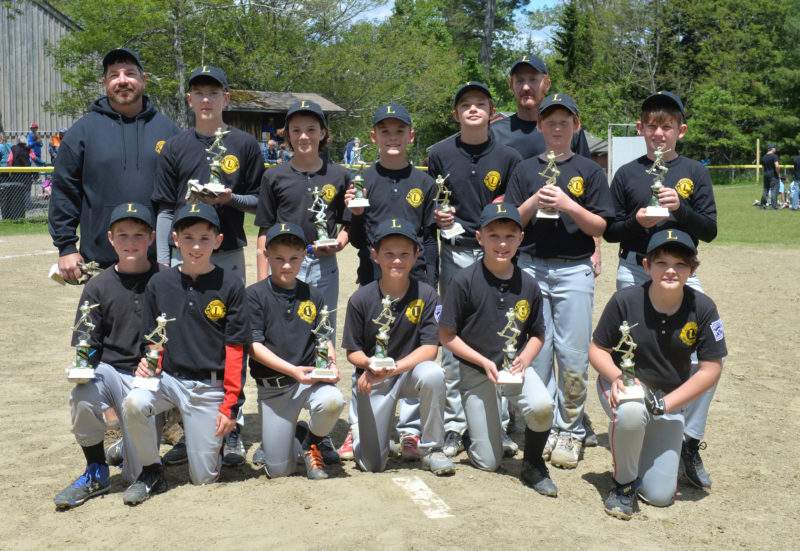 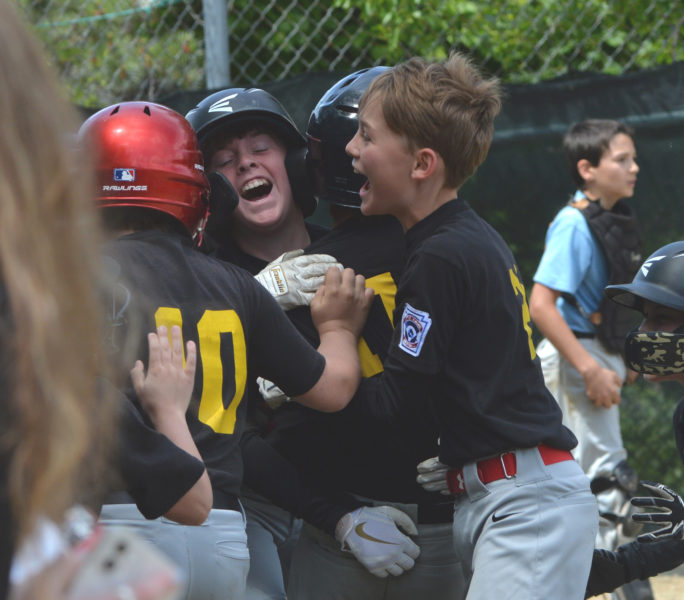 The Lions bench empties to give Andreas Eraklis a group hug after he hit a walk-off homerun in the Lincoln Little League championship game. (Paula Roberts photo)