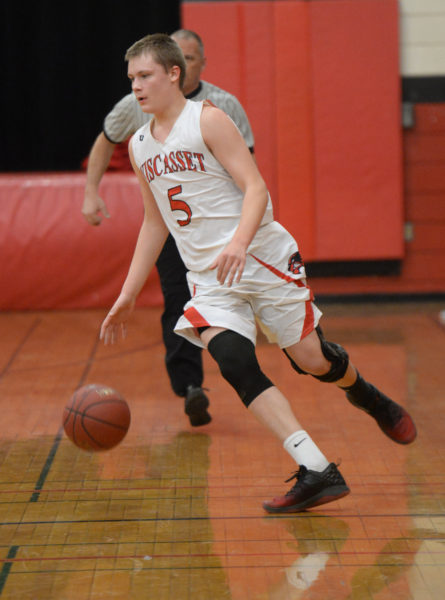 Logan Orr brings the ball up the court for the Wolverines. (Paula Roberts photo) 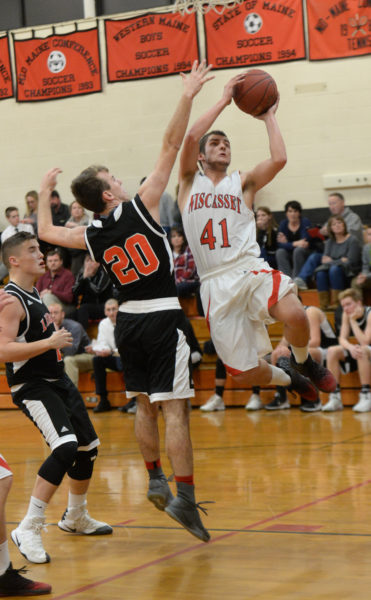 Lisbon made their shots from downtown and enough foul shots down the stretch to pull out a 55-49 win over Wiscasset in the Wolverines den on Jan. 25. Wiscasset jumped out to a 12-2 lead, and led 17-9 at the quarter break, Lisbon rallied in the second, scoring the final nine points of the half on three 3-pointers to pull within one 28-27 at the half. Lisbon went up by four in the third. Twice the Wolverines tied the game, but went into the final period down two, 39-37. Lisbon took a seven point lead in the fourth. Wiscasset pulled within one with 23 seconds to play, but the Greyhounds made three of four shots at the foul line to pull out the win.