Oceanside girls basketball team robbed the Eagles nest for a 64-43 win on Jan. 30. The Mariners opened up an early lead with outside shooting and led 16-7 at the quarter break. The Mariners led by as many as 14 in the second frame, before the Eagles went on a 10-1 run to pull within five. Oceanside led 27-19 at the half then put the hammer down on defense in the third period, forcing 11 Eagle turnovers, including nine steals in the quarter.

Lincoln was led by Maddy York with 14 and Reegan Dunican and Natalie Kaler with 7 points each. Oceanside was led by Audrey Mackie with 25 points, Grace Woodman 11 and Emily Sykes 9.

The Eagles held a 32-24 advantage on the boards, led by Grace Houghton with 11. Oceanside was led by Sykes with nine boards. 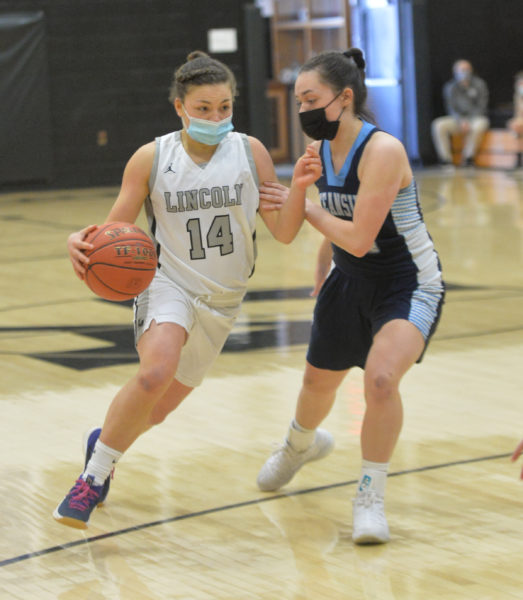 Grace Houghton brings the ball up the court for the Lady Eagles as Grace Woodman defends for Oceanside. (Paula Roberts photo) 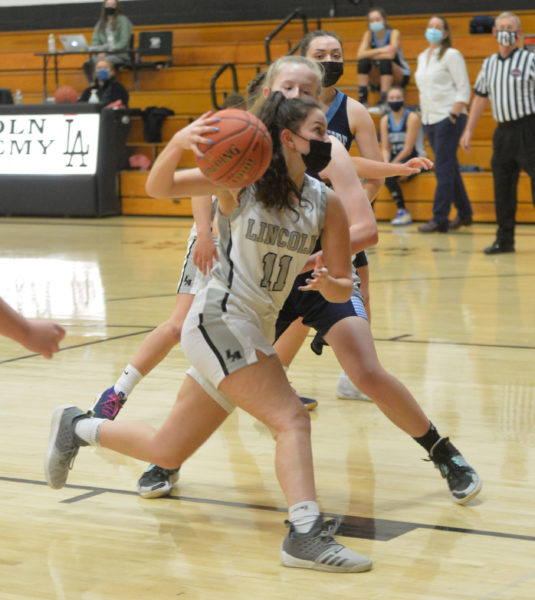 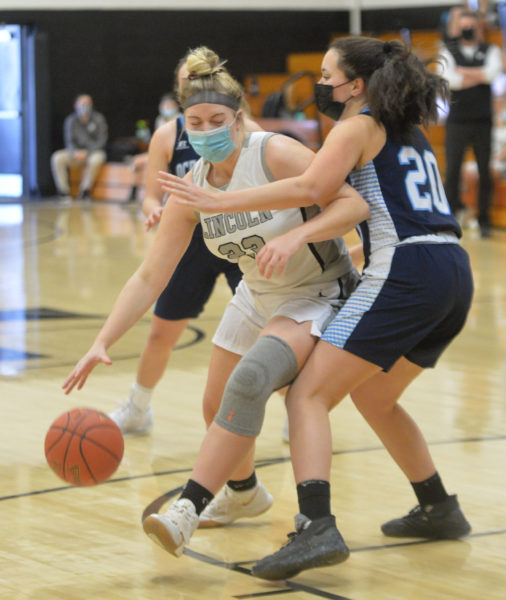 Lincoln Academy senior Lizzie Ober attempts to work her way to the hoop as Abby Waterman defends for the Mariners. (Paula Roberts photo)