Defending state champion Oceanside defeated Medomak Valley 47-35 in the Panthers den on Dec. 9 in their KVAC opener. The Panthers trailed by six early in the third quarter, and by seven with just under six minutes to go in the fourth, but were unable to bridge the gap. Medomak was led in scoring by Addison McCormick with 10 points, and Kytana Williamson and Audrey Jackson 8 each. Oceanside was led by Bailey Breen with 23, including going 8 for 8 at the foul line. Audrey Mackie added 11. 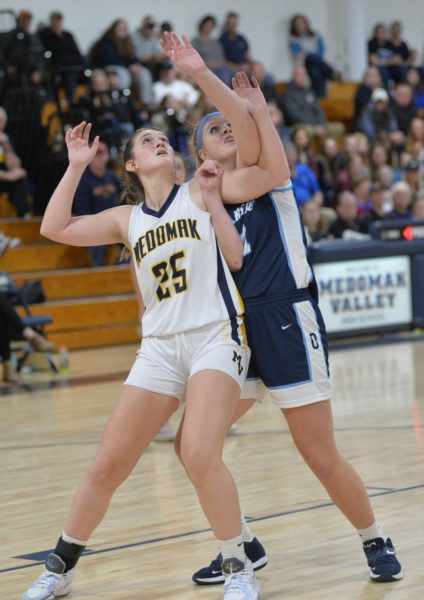