Oceanside girls basketball team defeated Lincoln Academy 70-30 on Feb. 17 in Rockland. The Lady Mariners jumped out to a 23-10 first quarter lead and scored 24 unanswered points at the end of the first period and beginning of the second to put the game away early. The Mariners sank 13 3-pointers in the win, led by Grace Woodman with five and Audrey Mackie four. 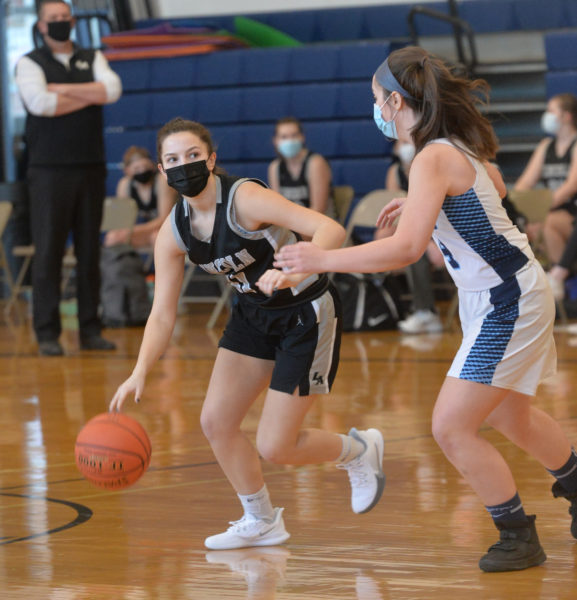 Paige Lafrenaye dribbles around the perimeter in the Eagles loss at Oceanside. (Paula Roberts photo) 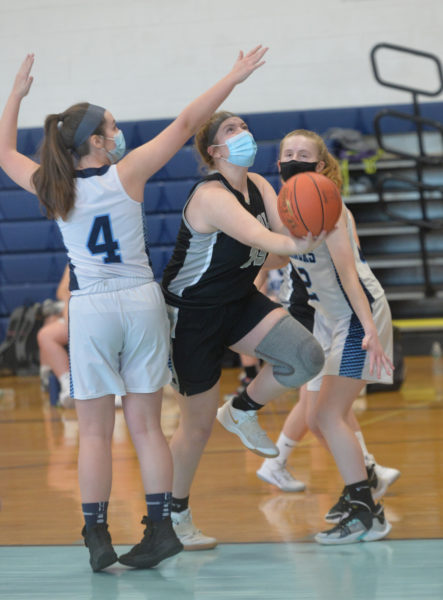 Lizzie Ober drives to the hoop as Anna Kingsbury defends for the Mariners. (Paula Roberts photo)

Lincoln was led by Lizzie Ober with 10 and Paige Lafrenaye 9. Oceanside was led by Mackie with 22, and Woodman 17.