Oceanside girls basketball team defeated Medomak Valley 60-51 in the Panthers den on Jan. 15. The Mariners used the three point bomb and back door cuts to take a 27 point lead in the third quarter. Medomak rallied with a 20-2 run over two periods to cut the lead to nine with five minutes to play.

Oceanside was led by Audrey Mackey and Grace Woodman with 15 points each and Abby Waterman 13. The Mariners netted nine 3-pointers in the win, led by Woodman with four.

Medomak was led by Abby Lash with 15 points and Alyssa Creamer 13. 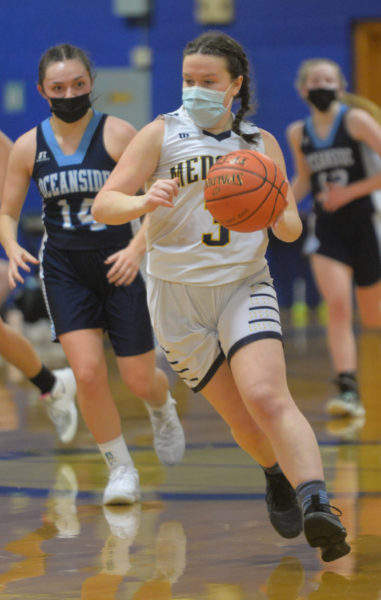 Julia Kunesh drives up the court on a Panther breakaway. (Paula Roberts photo) 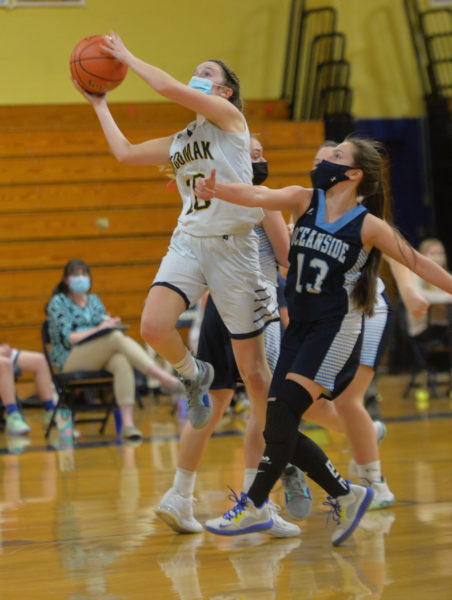 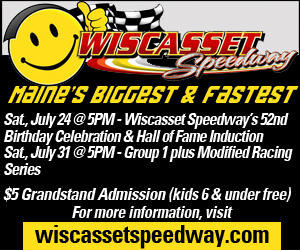