Alexis Mazurek hit a solo homerun over the left field fence in the bottom of the eighth inning to power Oceanside to a 2-1 win over Medomak Valley in North B semi-final softball action on June 8 in Thomaston.

Medomak took a 1-0 lead in the top of the first inning when Lydia Simmons hit a two out single that dropped in behind the pitcher. She advanced to third on a passed ball and wild pitch and scored when Mariner pitcher Chloe Jones stopped her pitch in the middle after being distracted when coach Richard Vannah yelled for his batter Gabby DePatsy to “turn on it”. Jones was called for an illegal pitch, giving Simmons the gift of home plate.

Oceanside tied the game in the bottom of the sixth inning. Abby Veilleux led off with a single, stole second, went to third on a Raechel Joyce ground out and scored on a Alexis Mazurek sacrifice fly. Mazurek was robbed of hit on a superb catch from Aubrey Schaeffer on the play.

Neither team scored in the seventh. Medomak went down in order in the top of the eighth. With one out in the bottom of the eighth, Mazurek cranked a long homerun over the left field fence to propel Oceanside to the Regional semi-finals. 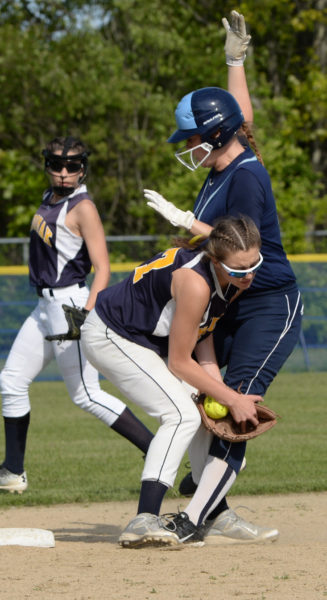 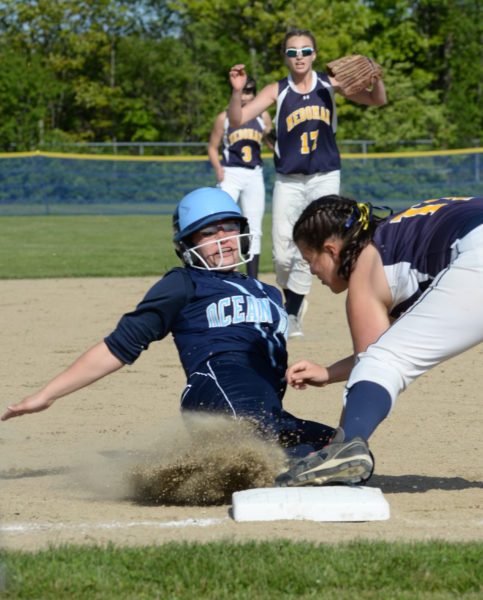 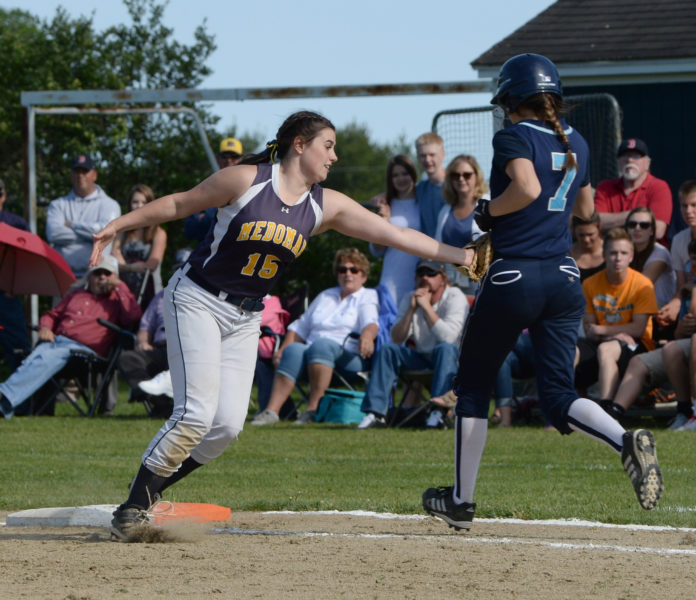