Medomak Valley 11&12 Little League baseball all-stars dug themselves into a 10-0 hole in the top of the first inning, then slowly dug their way out. Aiden Starr shut Ellsworth down over the final five innings to earn the win in Medomak’s 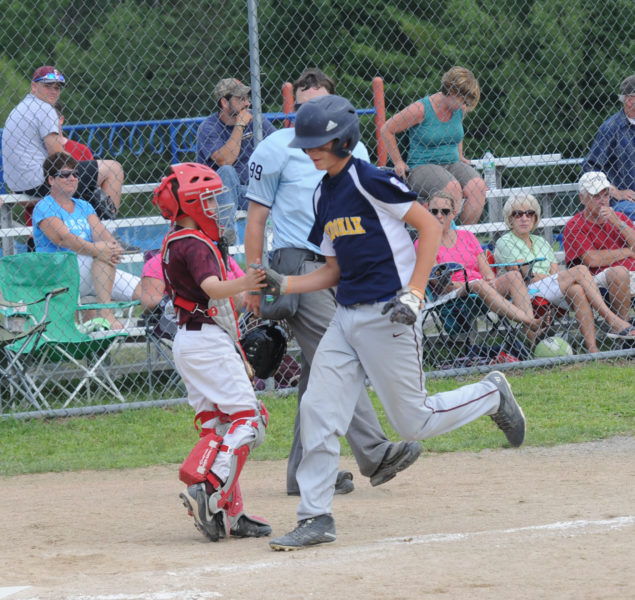 Zach Winpenny steals home for the winning run to lift Medomak to a 11-10 come from behind victory over Ellsworth on July 25 in the State Little League tournament in Orrington. (Paula Roberts photo)

second game of the State tournament in Orrington.

Jake Bickmore hit a RBI single in the first and a three run homerun in the third, Starr drove in three runs with two doubles. Starr scored the tying run in the fifth on a passed ball. Zach
Winpenny scored the winning run after reaching on an error and going to third on passed balls. Winpenny stole home after Anthony York walked and drew the throw to second on a slow steal.