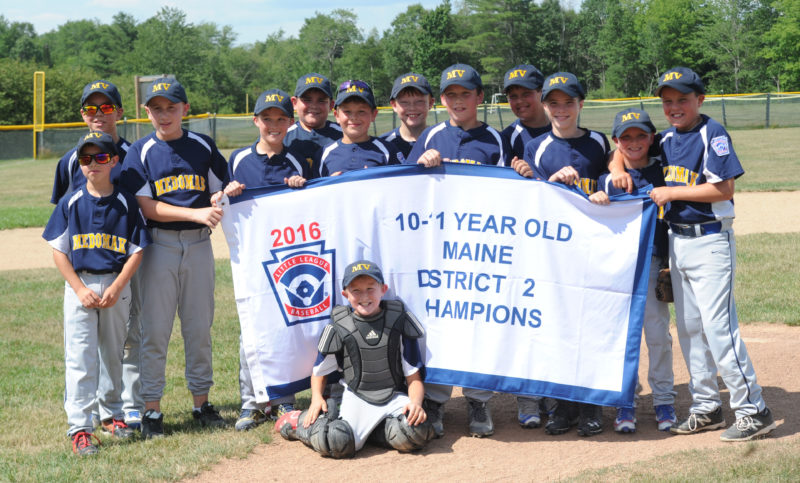 Medomak Valley 10&11 Little League baseball all-stars won the District 2 championship on July 23 with an 8-2 win over Oceanside in Waldoboro. 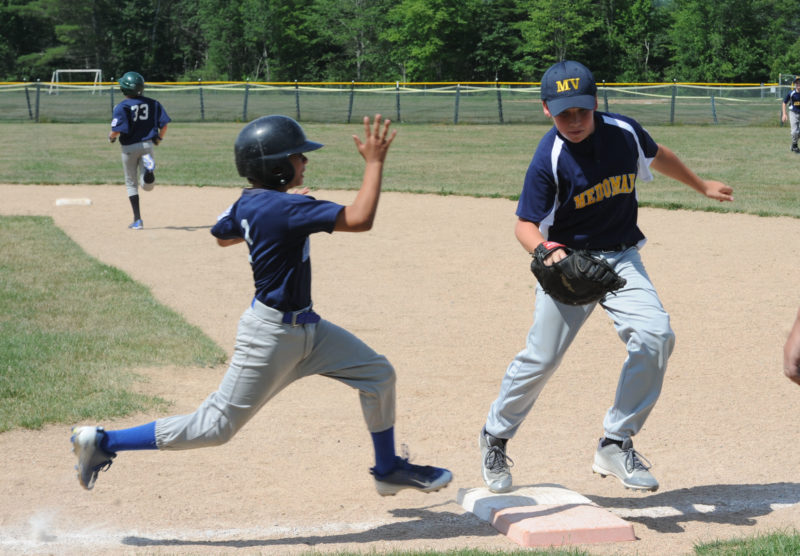 Ryan Jarvis out races a Oceanside baserunner to the first base bag to pick up the final out of the game in Medomak’s District 2 championship win.

Blake Morrison drove in three runs with two singles, and Aaron Reed hit a double and single to lead Medomak’s offense. Noah Burns had the only hit for Oceanside with a fifth inning triple.