Medomak 11&12 Little League baseball all-stars defeated Oceanside 4-2 on July 19 to win the District 2 championship and earn a berth at the State Little League Tournament. Their first game is Saturday at 1 p.m. in Orrington.

Ethan Reed and Grrett Hutchins pitched in the win. Reed helped his own cause with a two run single in the first inning, and Hutchins hit a RBI single in the second. Liam O’Neal and Connor Calderwood drove in a run each for Oceanside. 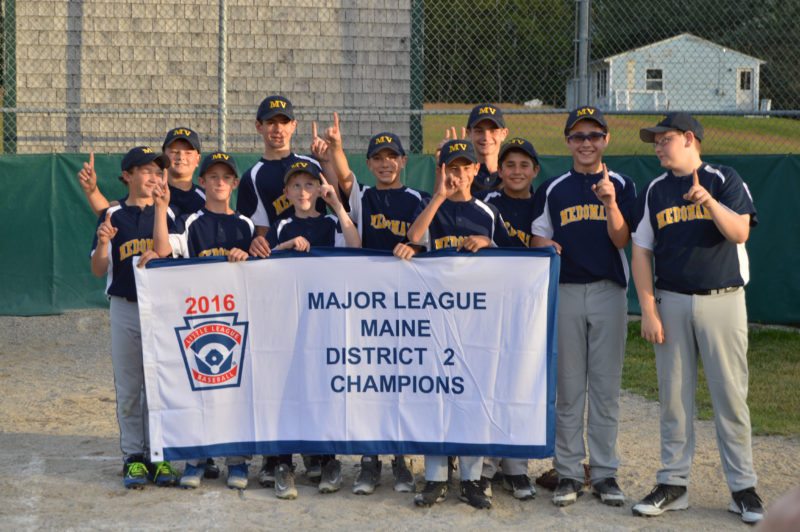