The two teams were tied 2-2 after three innings, 3-3 after four innings and 4-4 after five innings in an exciting match-up. The pitching showdown was won by Claudia Feeley (14K). Sidney Nicholls took the loss (9K).

Medomak 8th took advantage of two walks and two errors in the sixth to score four runs to take the lead for good. Medomak 8th was led at the plate by Kendall Simmons with a triple and double, Cassidy Prock a double and single, and Feeley a double. Medomak 7th collected three hits,  a double to Ariel Castner and singles to Nicholls and Aleah Shay.

A full report will appear in the Jun 9 edition of The Lincoln County News. 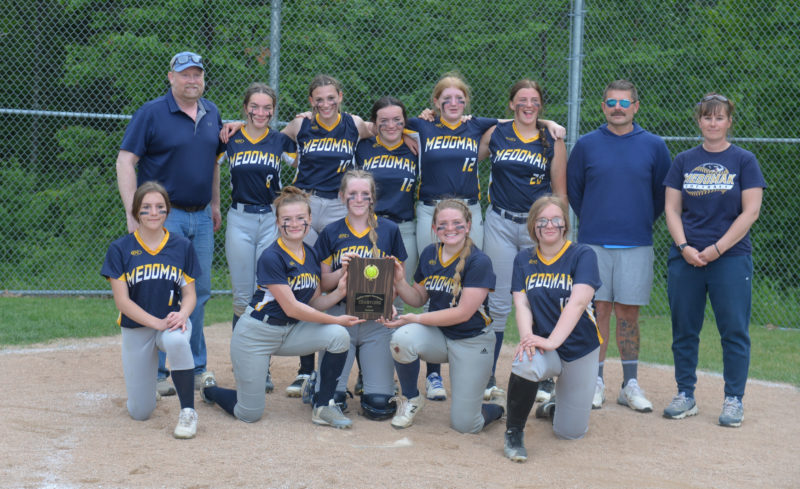