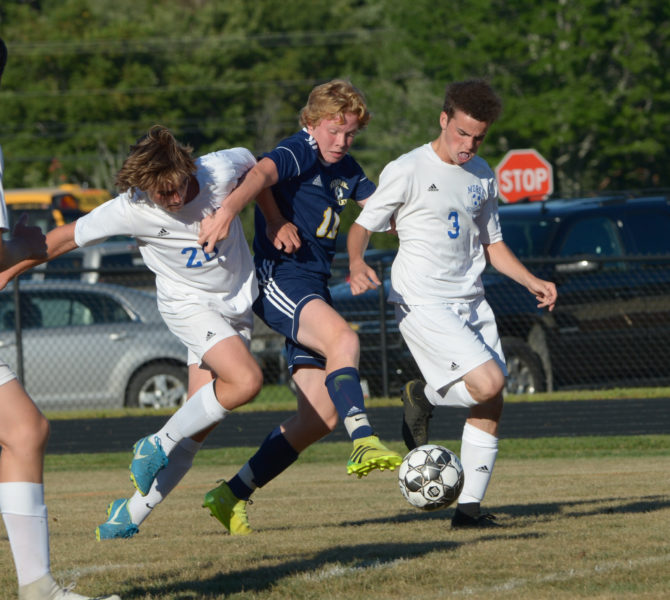 Zack Cheeseman splits a pair of Shipbuilder defenders for a shot on goal. (Paula Roberts photo)

Medomak Valley boys soccer team battled Morse to a 1-1 double overtime tie. Joey Horovitz converted a Coleman Swain through pass  with 22:38 to play in the first half. Morse knotted the score in the second half on a penalty kick taken by Asa  Hodgdon. 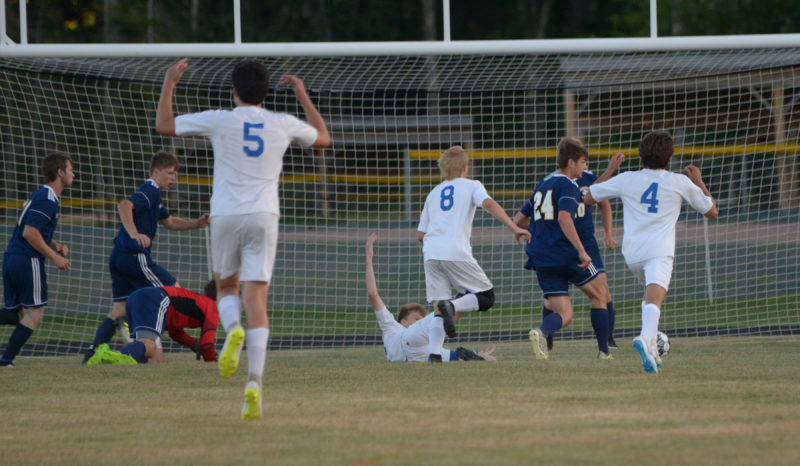