Morse field hockey defeated Lincoln Academy 4-1 on Sept. 25 in the Eagles Homecoming game. Reegan Dunican scored for the Eagles. Dylan Barr scored two goals and Delani Rector and Alexis Kiffer one each for the Shipbuilders. 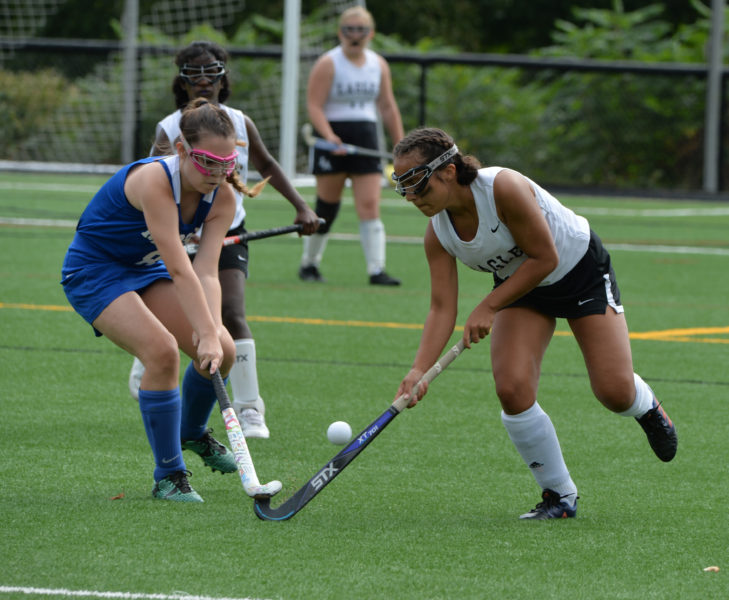 After a scoreless first half, Medomak Valley girls soccer scored five goals in the second half to beat Lincoln Academy 5-0 on Sept. 25. The two teams played all 80 minutes in the rain. Sarah Nelson, Annie Vannoy (2), Kytanna Williams, and Zaniah Puchalski scored for the Lady Panthers. 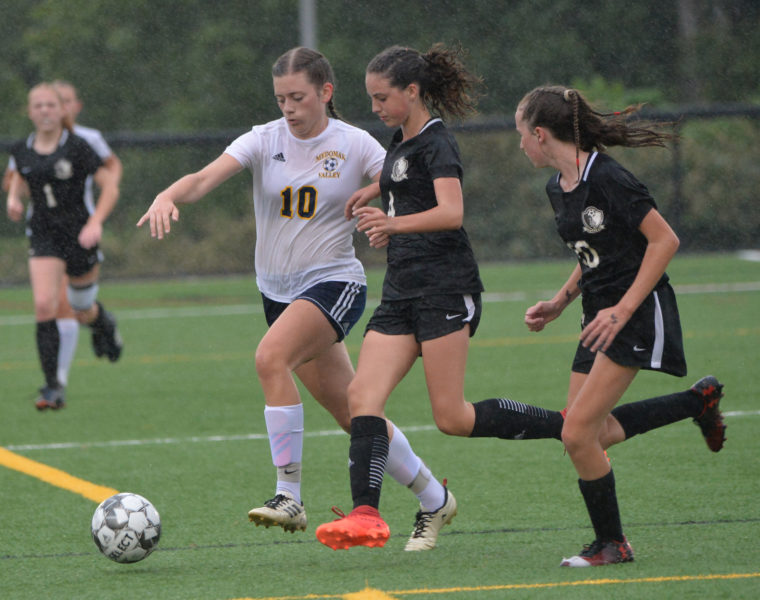 Medomak Valley boys soccer team scored three second half goals to defeat Lincoln Academy in the Eagles Homecoming game under the lights on Sept. 25. The two teams played in pouring rain during second half action. Scoring for the Panthers were Mo Ngido with two and Jake Bickmore one. 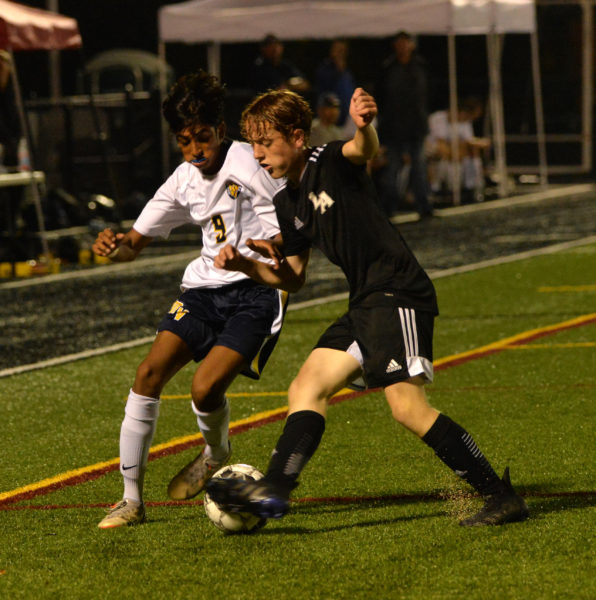 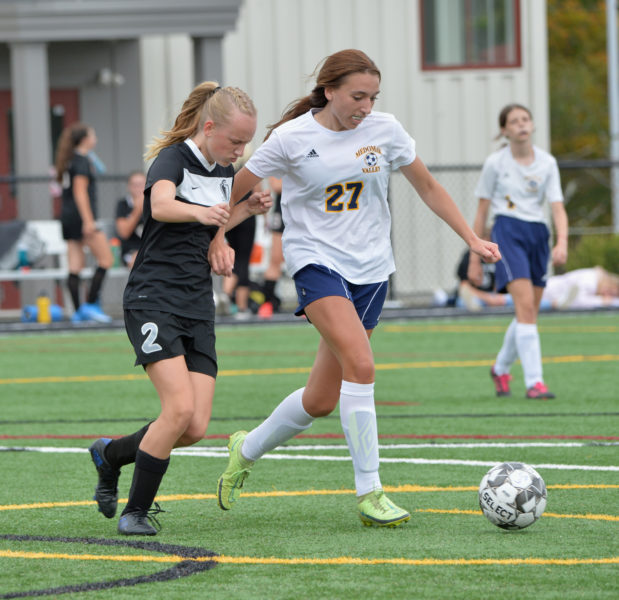 Audrey Jackson dribbles the ball up the field for Medomak as Abby Kopp defends for the Eagles. (Paula Roberts photo)

Lincoln and Medomak Valley JV boys soccer team locked into a 1-1 tie in the Eagles Homecoming game on Sept. 25. Slavik Moody scored for the Panthers, and Adam St.Cyr the equalizer for the Eagles on a cross from Blake Grady. 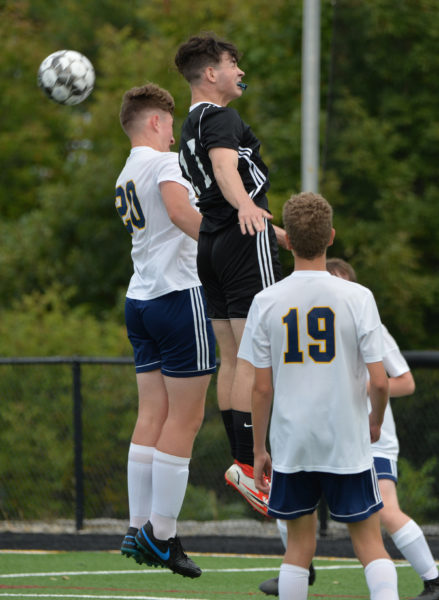