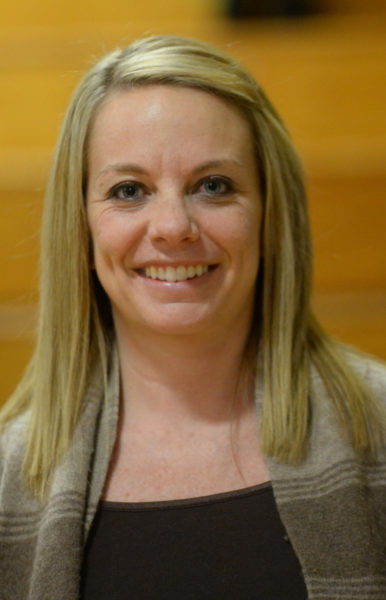 Medomak Valley High School assistant cheering coach Rachel Coor has a taken a job with the National Football League in New York City. She will continue to coach via Skype and travel to Maine for meets.

Medomak Valley High School assistant cheering coach Rachel Coor is moving to New York this week to take a job with the National Football League. She graduated from Arizona State University with a law degree in May. She did her internship with the Arizona Diamondbacks baseball organization.

Coor has coached cheering at Medomak for 10 years this winter, and was the varsity coach for the first six years. When she went to law school, she became assistant coach to her former assistant coach, Heather Simmons. Coor graduated from Medomak Valley “decades ago.”

She coached via Skype the past three years and flew the six hours from Arizona to Maine for meets. When asked if she was done coaching, Coor said, “Done is not in my vocabulary. I am at least in the same time zone now. Now it will be a six-hour drive instead of a six-hour flight. We have some really exciting things happening with the program right now, so I don’t plan on being done yet.”

Coor will be working in the NFL commissioner’s office. She will work in the labor law division of the league’s management council.

“We basically will handle anything that comes up, like grievances and collective bargaining. Any time there is a violation of a contract, we will get involved with that,” Coor said.

“I’m very excited to be moving to New York City in a week. The whole family is moving. My husband and I have always talked about living in New York City. He is an ER technician and has great flexibility. He has been going between Arizona and Maine. It will be easier for him to do that from New York,” Coor said.

“It is a really great time to be involved in football,” Coor said, citing issues within football dealing with brain injuries, social politics, and domestic violence.

Coor has a degree in nursing, and it was her nursing background that got the attention of the NFL. “I hope to get involved with player injuries while I am there. With my nursing background, I’m a better fit with health and safety issues” associated with football, she said.

When asked if this was her dream job, Coor said, “It is a step in the right direction. I am a huge football fan.”