Medomak Valley baseball rallied for three runs in the top of the eighth inning to beat Lincoln Academy 12-9 on May 6 in the Eagles nest. The Panthers jumped out to a 9-0 lead  after four innings. The Eagles clawed their way back, scoring three runs in each of the next three innings to tie the game 9-9 in the bottom of the seventh inning.

In the top of the eighth, Jordan Powell walked, and Eli McCollett was hit by a pitch to set up a RBI single to Kevin White. McCollett scored on a passed ball and White on a Duncan Widdecombe sacrifice fly.

Ryan Creamer collected the win in one and a third innings of work. Nathan True took the loss for the Eagles. 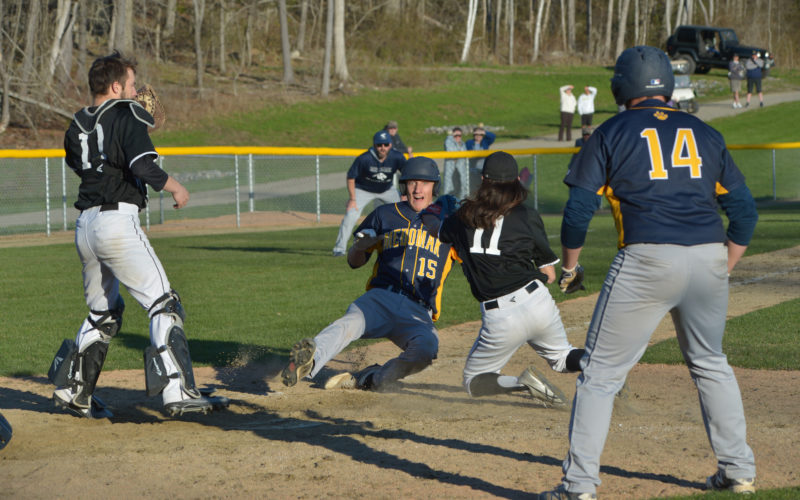 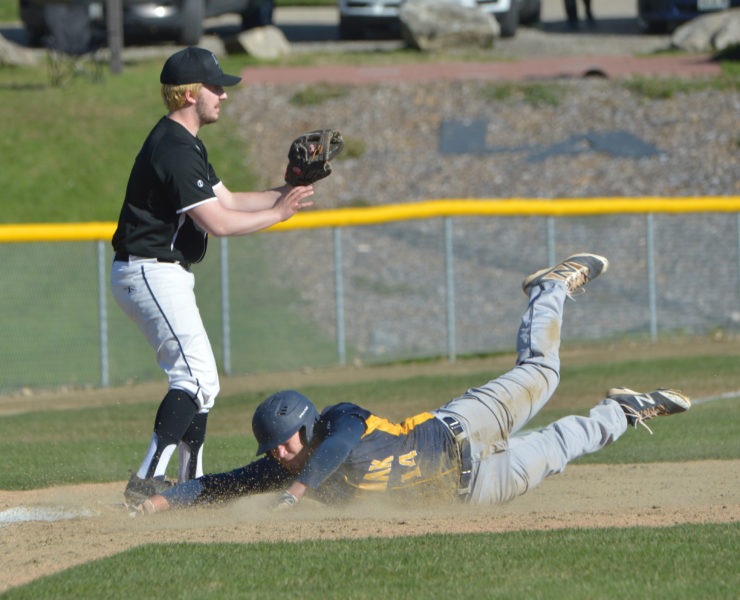