Medomak Valley baseball opened their season with a 3-2 win at Poland on April 19. Ryan Creamer went the distance in the win, and scored the winning run in the fifth inning, when Jordan Powell reached on an error. Medomak scored two runs in the top of the first when Jordan Powell hit a two run double scoring Wyatt Fillmore and Creamer. Colby Ball scored both runs for Poland in the fourth and sixth innings, with Bryan Bell picking up the RBIs. 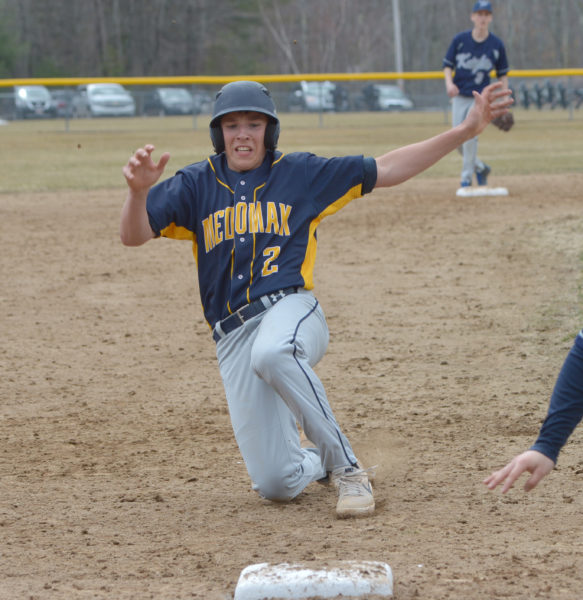 Ryan Creamer slides into third safe. Creamer went on to score the winning run in the fifth inning in Medomak Valley’s 3-2 win over Poland. Creamer went the distance on the Panther mound to pick up his first win of the season. (Paula Roberts photo) 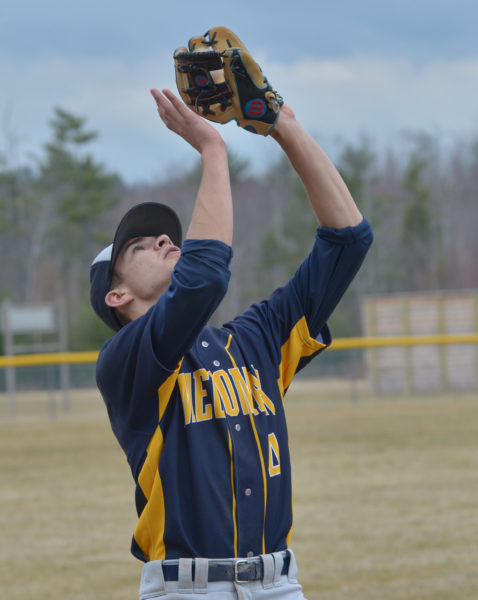