Medomak Valley senior Ryan Creamer pitched six shutout innings, and Andrew Pruell one in the Panthers 5-0 win over Belfast on May 8 in Waldoboro. Jordan Powell drove in two runs in the first inning on a single and outfield error. Duncan Widdecombe sacrificed in a run in the second. Eli McCollett singled in a run in the third, and Wyatt Fillmore a run in the fourth.

Hitting for Medomak were Fillmore with a double and single, and Powell, McCollett, Gabe Allaire and Kevin White a single each. Hitting for Belfast were Payson with two singles, Cournoyer and Abbott a double each and Davis a single. 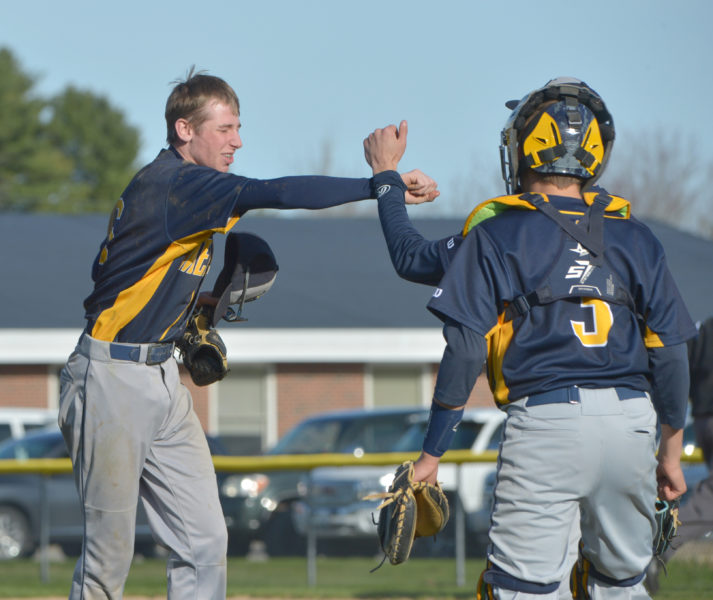 Wyatt Fillmore (left) is congratulated by his Panther teammates after making a spectacular catch in right field. (Paula Roberts photo)