Medomak Valley boys soccer team wrapped up their KVAC season with a 3-0 win over MCI in the Panthers’ den on October 18. Medomak recognized their nine seniors before the game, played in fog and a steady drizzle.

Cale Gee gave the Panthers a 1-0 lead at the half when he converted a rebounded Adam Eutsler shot. Cameron Hopkins added two second half goals, the first on a cross from Eutsler and on 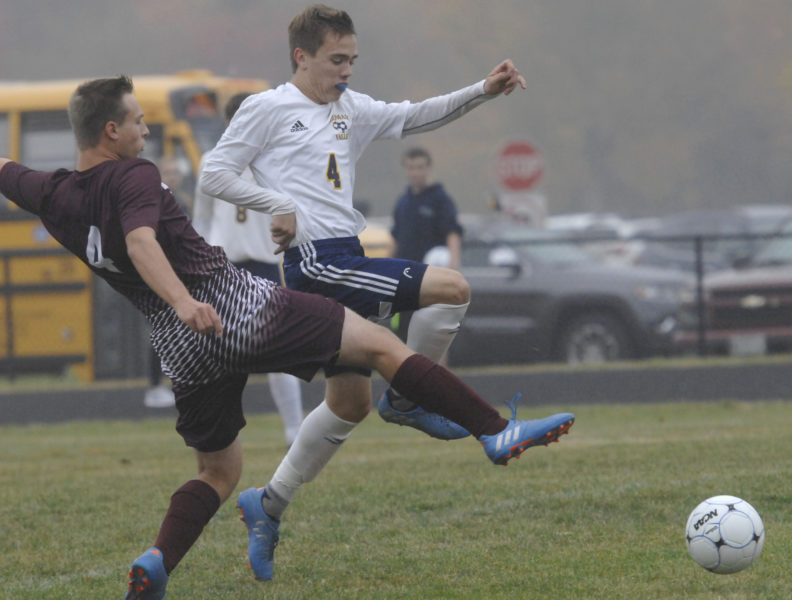 Adam Eutsler takes a shot on goal for the Panthers. (Paula Roberts photo) 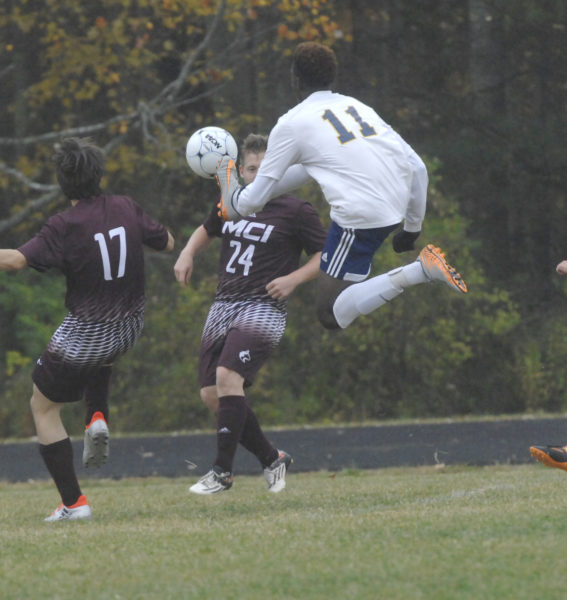 Panther Zidane McMurrin soars through the air to get a foot on the ball in Medomak’s KVAC 3-0 finale win over MCI. (Paula Roberts photo)

the second he dribbled into the middle, beat a defender and slipped a shot past Huskey keeper Aidan Peacock to the lower right corner.