The two teams battled through two 15 minute overtimes, before the game was settled on penalty kicks. Both team made three PK’s on the first set. Panther keeper Kayla Donlin stopped four PK’s, including three in the second set. Medomak missed their first three PK’s in the second set. Abby Lash tied it up and freshman Annie Vannoy scored the game winner. 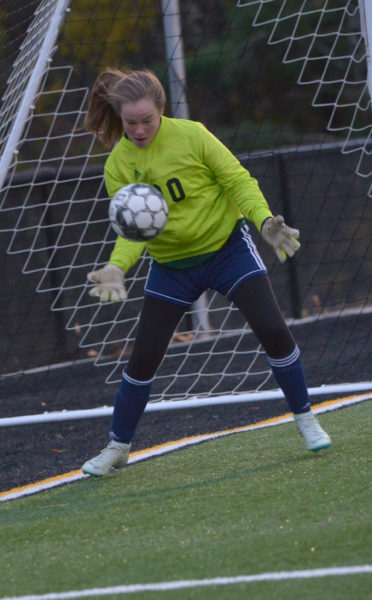