Trailing by 11 early in the fourth quarter, Medomak Valley boys basketball team clawed their way back to beat Skowhegan 50-46 in overtime in a North Class A Regional quarter-final match-up on Sat., Feb. 15 at the Augusta Civic Center. The Panthers got off to a slow start, with Skowhegan leading 13-2 at the quarter break. Medomak cut the lead to five, before Carter Hunt hit a buzzer beating three to give Skowhegan an eight point lead 18-10 at the half. The Panthers took a one point lead with 4:35 to play in the third on four straight hoops. Skowhegan rallied to lead 31-23 at the end of three. Matush Prokop connected at the line for a three point play to put Skowhegan up by 11 one minute into the fourth quarter.

Parker Morrison and Carson Murphy hit big three pointers in the comeback rally to pull Medomak within one with 1:15 to play. Levi Obert settled two at the charity stripe to put Skowhegan up by three. Patrick McKenney scored on a feed from Murphy to cut the lead to three. Jimmy Reed sank two of four foul shots to put Skowhegan up by three with 30 seconds to play. Murphy knotted the score with a three with 15  seconds to play. Skowhegan’s attempt to win was stopped by Aiden Starr and Brandon Starr, who tied the ball up with two seconds to play under their defensive basket.

Trevor Brown connected at the charity stripe for a three point play, and McKenney hit a three and went four for four at the foul line to lead Medomak to a four point victory in overtime. 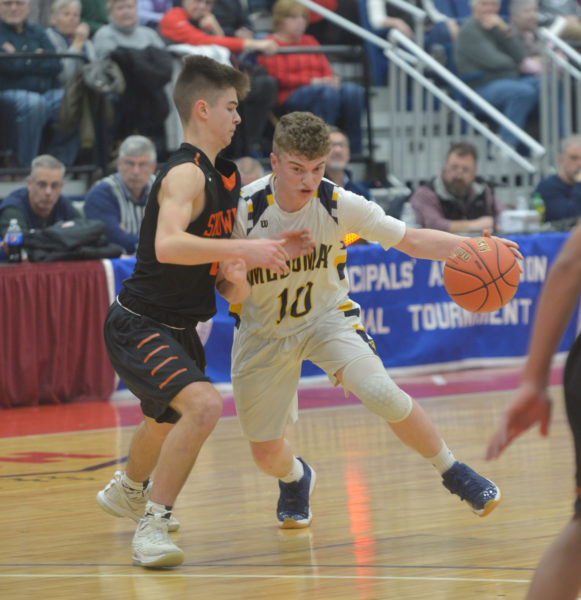 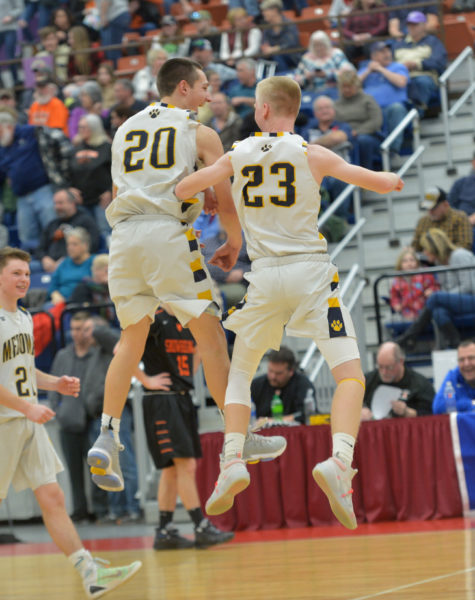