Medomak held off the aggressive Mustangs for a 64-47 win on March 8 in the Kno-Wal-Lin COVID Invitational Tournament. With the win, the Panthers advance to Thursday’s (March 11) championship game home against Camden Hills.

Draedyn Furrow gave Mt.View a 4-2 lead early in the contest, before the Panthers went on an 11-2 run to take a 13-6 lead after one. The two teams battled it out over the next two periods, with Medomak leading 28-23 at the half and 41-37 at the end of three. The Mustangs led briefly in the third period on a shot from Furrow and again when Isaac Ellis converted off the glass. Medomak had the final say of the quarter on a foul shot from Jake Bickmore and hoops from Jacob Craig and Trevor Brown.

Medomak rallied in the fourth quarter for a 17 point win. Brown scored on an inbound ally-oop pass from Patrick McKenney, and McKenney scored back to back hoops, including off a steal to put the Panthers up 10. Brown and McKenney continued to dominate play, with McKenney netting nine points and Brown12 in the final quarter. 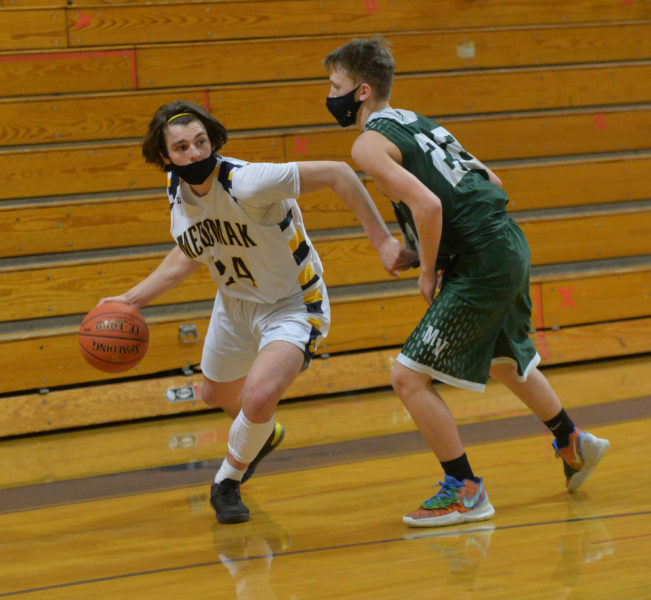 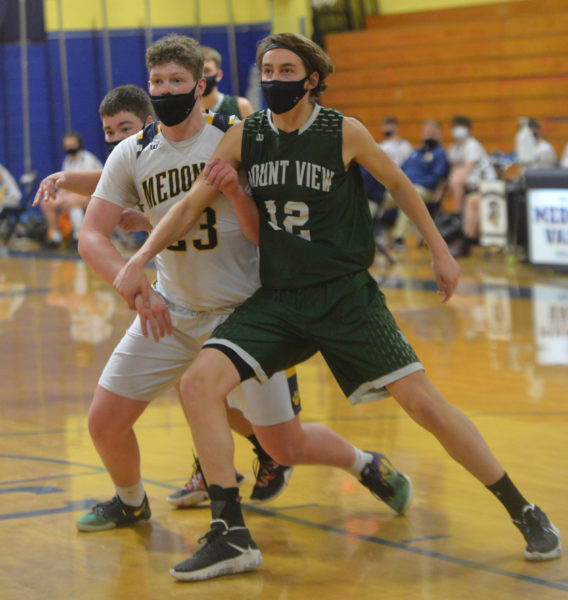 Medomak was led by Brown with a career high 29 points and McKenney 15. Mt.View was led by Deshan Knowlton with 13 and Tyler Russell 12.