Medomak Valley boys soccer team robbed the Eagles nest for a 2-1 win on Sept. 28 during Lincoln Academy’s Homecoming. Zach Cheesman converted a penalty kick, called for a hand ball in the penalty area to give the Panthers a 1-0 lead with 14:06 to go in the half. Parker Morrison collected a blocked shot off an Eagle defender and put it in the lower corner for a 2-0 Medomak lead with two minutes left in the half.

Lincoln added a second half goal on a Filip Diakonowicz penalty kick called for a push. 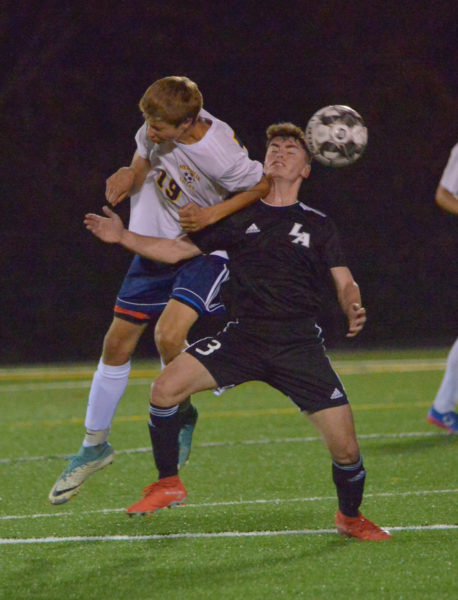 Will Smith heads the ball for the Panthers as Pau Baixauli defends. (Paula Roberts photo) 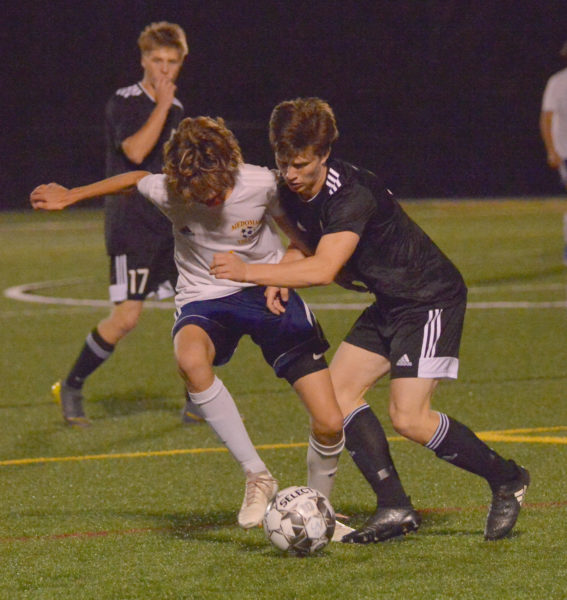