Medomak Valley boys basketball team defended their home court for a 51-46 win over Class A Mt.Ararat on Jan. 7. The Panthers jumped out to a 23-6 lead late in the second quarter, before the Eagles soared back into contention, closing the gap to eight by the half. The Panthers led the entire game, until 5:05 to go in the fourth quarter when Caleb Murphy hit a three to give Mt.Ararat their first lead of the ball game. Kevin Sincyr hit a three, and Jaiden Starr connected for a three point play to retake the lead for Medomak. The Panthers sank seven of eight foul shots in the final three minutes to seal the win. Medomak was led by Kory Donlin with 19 points, and Starr 10. Mt.Ararat was led by John Martin with 14 and Andrew Clemons 12. 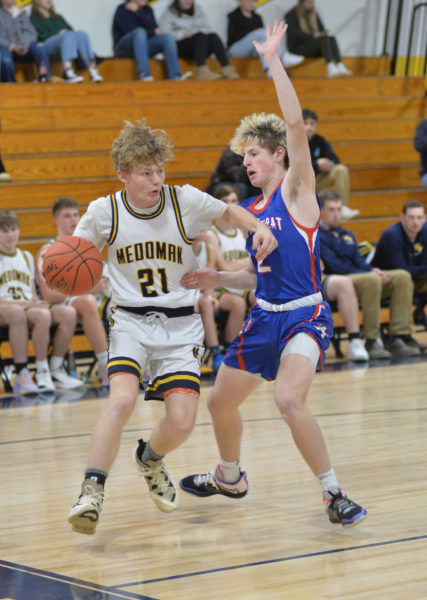